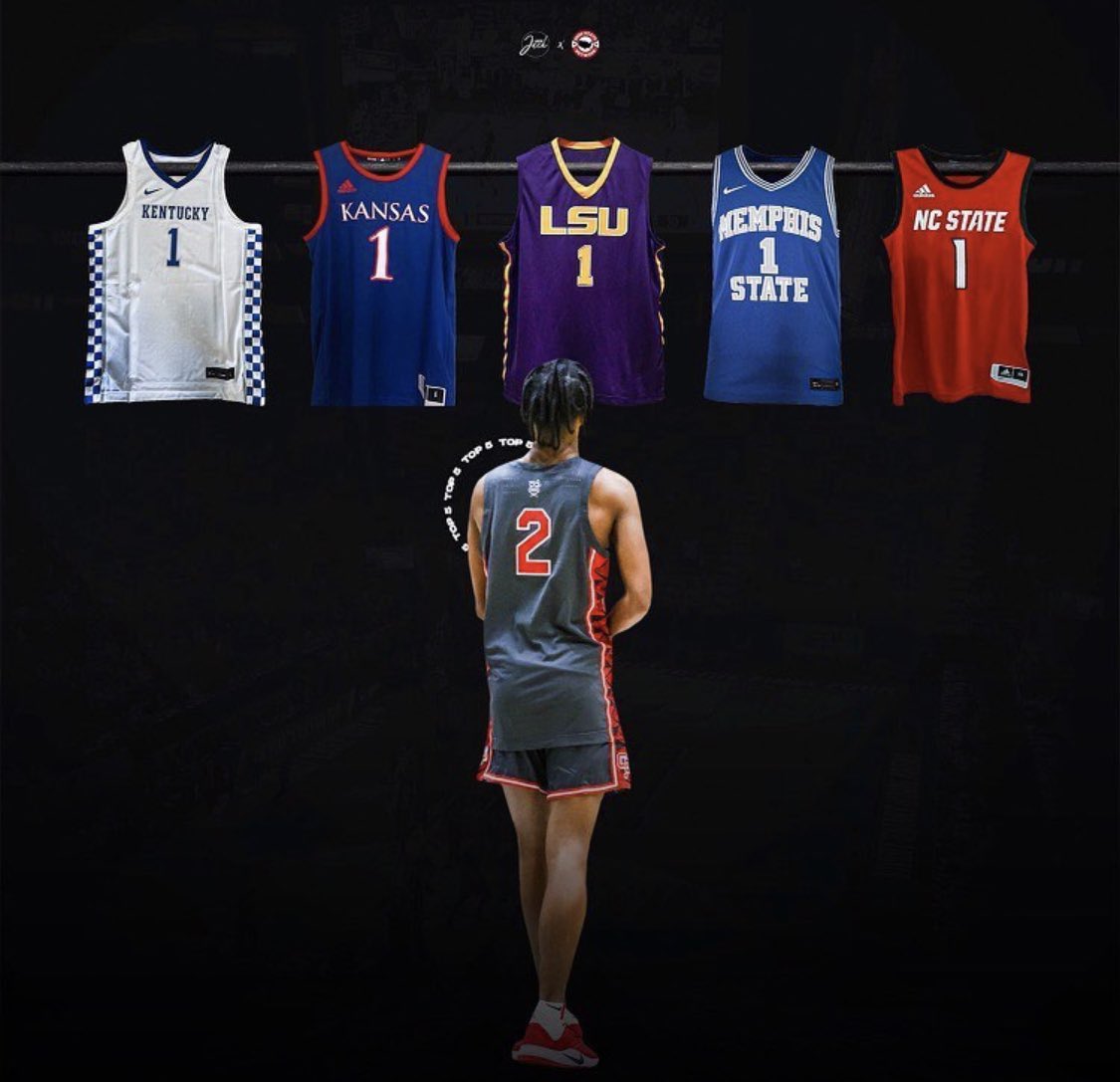 By JACOB POLACHECK ATLANTA — Robert Dillingham, the No. 10-ranked prospect in the class of 2023, will be announcing his commitment on Wednesday at 2 p.m. in Charlotte, N.C. The 6-foot-2, 165-pound point guard from Donda (CA) Academy, is down to a final five of Kansas, Kentucky, LSU, Memphis and NC State. He has taken official visits to all five schools except for Kansas. “I’m a play-maker and a leader and just a point guard for real,” Dillingham said of his game. Dillingham was exceptional Friday evening at the Holiday Hoopsgiving Event in Atlanta, going for 23 points, five rebounds and three assists in a 50-45 loss to Huntington Prep (WV). “I feel like I didn’t play as well and I didn’t get my teammates involved. I could’ve done a lot better at that,” Dillingham said. “I feel like we played good as a team, but we just have to move the ball more.” Ranked by 247Sports.com as the No. 1 point guard in the class of 2023, Dillingham is looking to become a better leader for his teammates. “Getting through to them and helping them play better and to their full potential by just talking to them,” Dillingham said. “I feel like that’s what I need to get better at – being a leader.” Dillingham made the decision to join Donda Academy, Kanye West’s new Adidas-backed prep school in Simi Valley, Calif., in October and is playing alongside top recruits Zion Cruz, JJ Taylor, Jahki Howard and Brandon White, among others. “Basically, I just came to California to focus more on basketball so I wouldn’t have to focus on other things,” he said. “It was just a better opportunity out here and gives me more time in the gym.” (This post was updated on Nov. 30.) Follow Jacob Polacheck on Twitter Follow Adam Zagoria on Twitter Follow ZAGSBLOGHoops on Instagram And Like ZAGS on Facebook