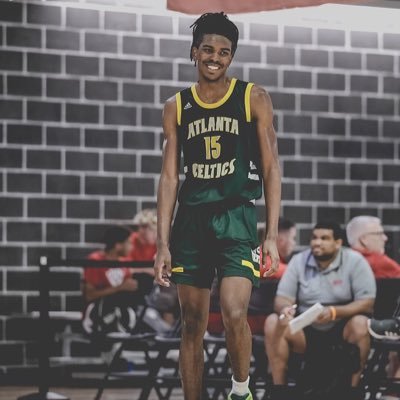 By ZACH SMART Orlando, FL — Although no player will fill be able to completely fill the void left by electrifying 6-foot-7 wing RJ Melendez as he heads to Illinois, Central Pointe Christian (FL) Academy will turn to a committee to make up for the absence of the program’s all-time leading scorer and former SIAA-FL MVP. The Kissimmee, Florida-based Central Pointe is currently in pursuit of its second state championship in three years and an unprecedented third consecutive berth in The Grind Session World Championships. The team currently featuring a vastly improved, long-armed 6-foot-11, class of 2022 forward/center Pape Lamine Niang, who recently picked up an offer from Florida International. Then there’s the 6-foot-7, humble, high-octane guard Jalen Carruth out of Atlanta, GA, who gives Central Pointe Christian the necessary tools to rebuild. The well-traveled Carruth has been a noteworthy addition with his catch and shoot and pull up game, motor on the defensive glass and ability to stretch the floor with range and timely three point burials. Carruth has used his length and shiftiness defensively, helping set this team’s ear shattering defensive tone. He said he takes a supreme sense of pride and fervor in the system—one which emphasizes two-way grit and relentlessness as bedrock tenets. “Coach Richie (DelMau) and coach Christian (DelMau) expect me to pay attention to detail, play defense, and just play hard every time I step on the court,” said Carruth, who is hearing from the likes of Clemson, Buffalo, IUPUI. He also has a barrage of offers all across the Division 1 market, including
Xavier, Tulsa, Troy and Kennesaw State, among others. With Niang controlling the paint and Carruth on the wing, Central Pointe Christian is set to turn to class of 2023 guard Solomon Ball in the backcourt. Ball, a 6-foot-1, 180-pound point guard out of Lovettsville, VA, is a crafty left-handed scorer, who has grown into a hard-driving and above-the-rim finisher. After coming off a summer with Team Takeover in which he averaged 10 points and four assists per game on 56 percent from the field and 16-for-16 from the free throw line, Ball took an unofficial visit to Xavier on Wednesday.   “The visit was great,” he said. “They have state of the art facilities that they continue to expand on and improve. All the coaches on staff are easy to talk to and fun to be around.” “They like to play fast and push the ball while having a little bit of flow and freedom in their offense with pressure in their defense. I feel that aligns great with the way I play as well.” Ball currently holds offers from VCU, Richmond, St. Joseph’s, Howard, Towson, George Washington ams Mount St. Mary’s. He has also taken an unofficial visit to Pittsburgh. “I have no other visits planned right now,” Ball said. “That’s likely to change in the next couple of weeks.”  Follow Zach Smart on Twitter Follow Adam Zagoria on Twitter Follow ZAGSBLOGHoops on Instagram And Like ZAGS on Facebook

Shaedon Sharpe, No. 1 prospect in 2022, may enroll at Kentucky mid-year