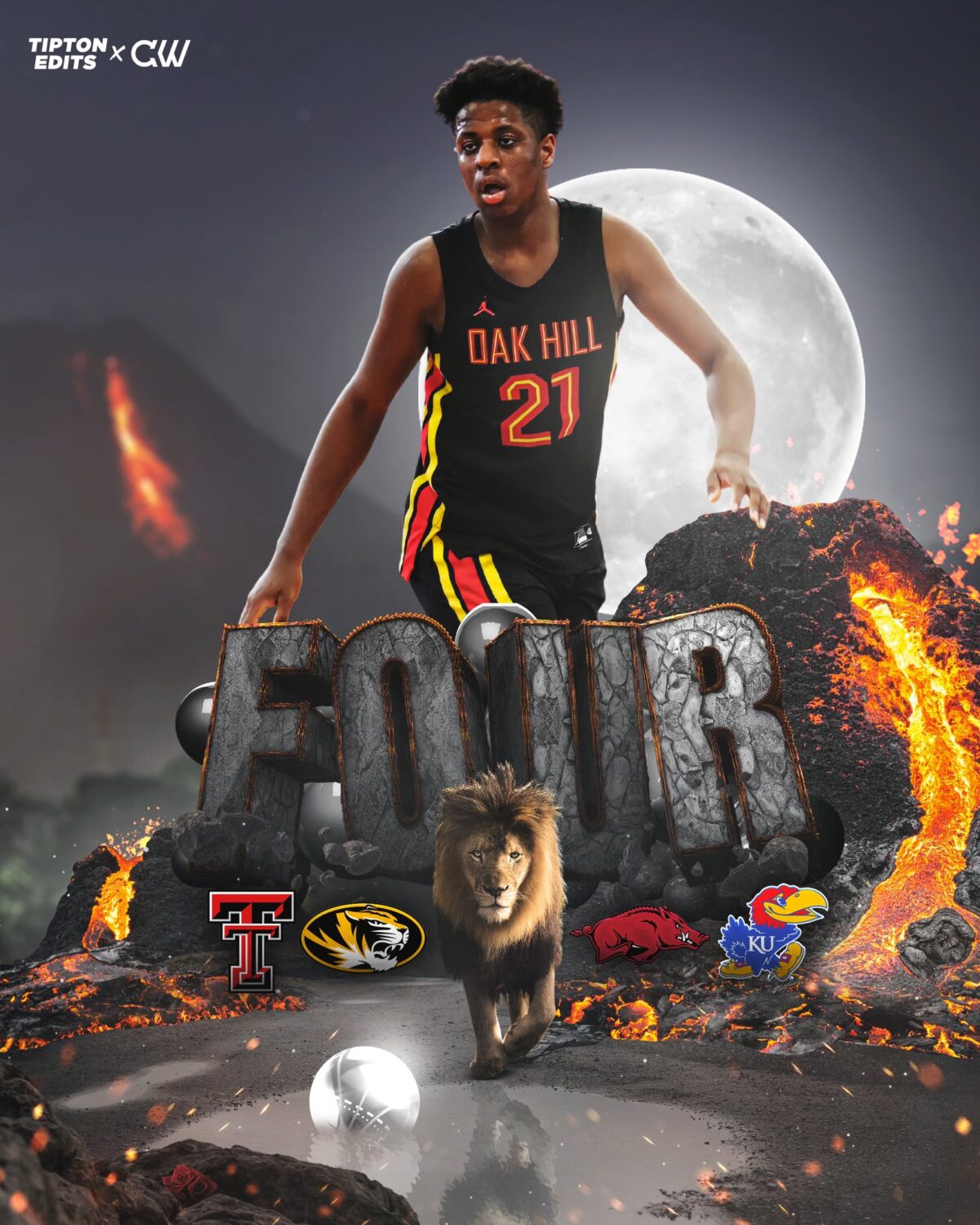 By ADAM ZAGORIA Justin McBride, the 6-foot-7, 215-pound forward from Oak Hill Academy (VA) and the Drive Nation AAU program, dropped his top four schools on Wednesday via On3Recruits and has visits coming up. Ranked the No. 5 power forward in 2023 per 247Sports.com, the Texas native is down to Texas Tech, Missouri, Kansas and Arkansas. He will visit Texas Tech this coming weekend and has already visited Missouri. He broke down each of his options: Missouri: “It was a great visit and I have family right down the street, such as my grandma and stuff, so it’s a good team for me. They’re a good transition team, too, so I like the play style, too.” Texas Tech: “Texas Tech has been talking to me since my sophomore year and I’ve been talked to [assistant] Sean Sutton every day since Peach Jam. My role would be the same, a wing, the three.” Kansas: “They talk to me monthly but I just like their play style, too. I haven’t visited them [but he hopes to].” Arkansas: “I have family down there in Little rock but I’ve been talking to them since my freshman year. They offered me right after Kansas and I’ve been talking to them since my freshman year. I like their play style, too.” As for a timetable on a decision, he said it could come soon. “I don’t know yet, but I’ll let you know,” he said. Follow Adam Zagoria on Twitter Follow ZAGSBLOGHoops on Instagram And Like ZAGS on Facebook