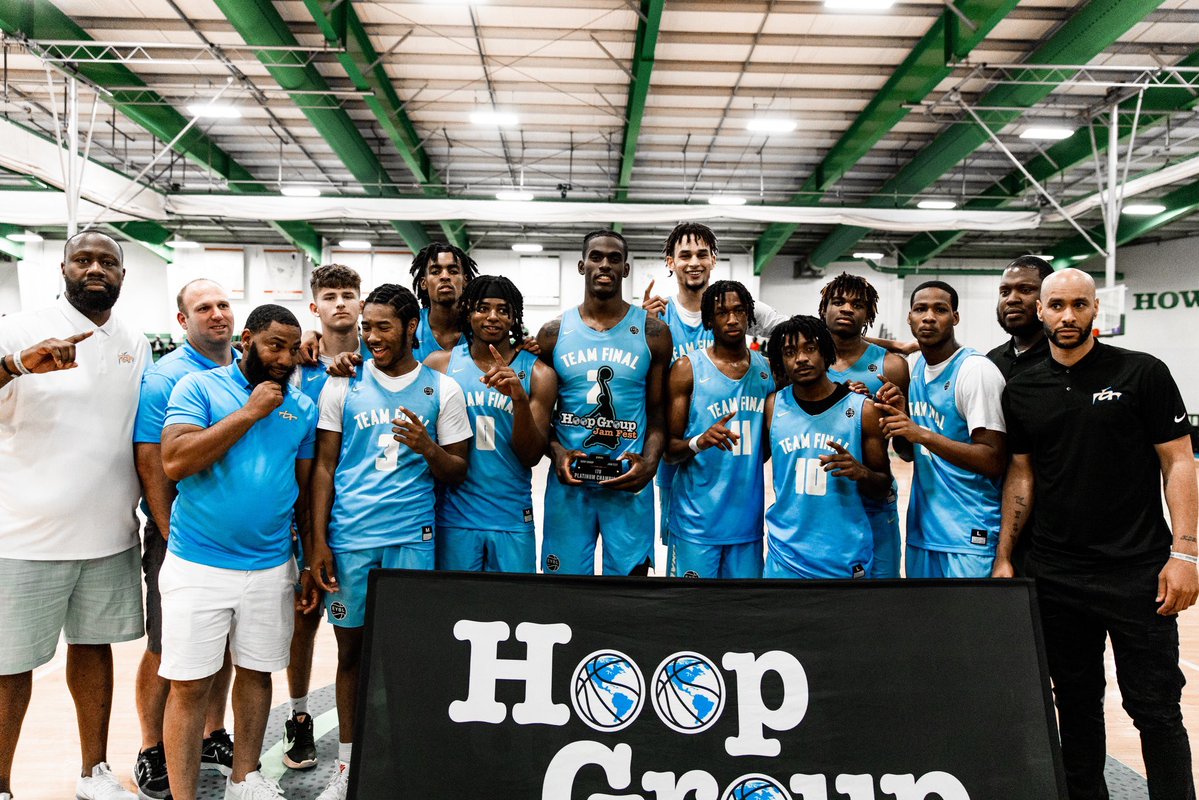 By ADAM ZAGORIA Team Final entered Peach Jam as the favorites to win the 17U title — and now they are one game from the championship. Led by Jalen Duren (15 points, 8 rebounds), Dereck Lively II (9 points, 9 rebounds), Otega Oweh (17 points) and UConn commit Corey Floyd Jr. (9 points, 3 assists), the Philadelphia-based team dominated the under-sized NY Rens, 73-52, in the first semifinal Saturday at the Riverview Park Activities Center in North Augusta, S.C. The game featured a number of high-major prospects on both sides and a slew of high-major college coaches were in attendance. Final will meet Brad Beal Elite in Sunday’s championship at 4 E.T. on ESPN2. Brad Beal knocked off MeanStreets 59-53 in the second semifinal. “We’re trying to leave a legacy and, of course, win Peach Jam,” Team Final coach James Johns told ZAGSBLOG last month after his team won the Southern JamFest. Final raced out to a 19-6 lead after one period, led 35-23 at the half and 53-33 after three. Six players on the current team have played for director Rob Brown and assistant director Aaron Burt’s for several years and were part of a team that lost the 15U championship game two years ago at Peach Jam. That group includes Lively II, Oweh, Floyd Jr., Jameel Brown, Jaheim Bethea and Jaden Arline. That loss has fueled these guys for two years but they didn’t get a chance at redemption last season because Peach Jam was canceled by the pandemic. “I didn’t play that well in the championship game, I think I was like 1-for-15 or something like that, so that’s something that’s always been on my mind,” Floyd, the Roselle (N.J.) Catholic star, told CityofBasketballLove.com earlier this month. “I kinda feel like I let the team down.  “We came back with a different mindset, and we’re just looking to kill everybody.” “I was playing up [with the 16U team], but I know that [loss] fuels these guys a lot,” Duren, the consensus No. 1 prospect in the 2022 class, told COBL. “To get that far and then fall short, it’s definitely something that brings another level of energy to the team, to get ready for Peach Jam.” Against an under-sized Rens team that was playing without 6-11 Duke and Kentucky target Kyle Filipowski, the 6-foot-10 Duren and the 7-1 Lively II had their way in the paint. On one play in the first half, Floyd Jr. (7 points, 3 assists) threw the ball off the backboard and Duren soared in for a two-handed flush. Duren is down to the NBA G League, Australian NBL, Kentucky, Memphis and Miami, and coaches from the three colleges have been at Peach Jam since Friday. Lively was active on both ends, blocking shots on defense and scoring on an alley-oop dunk off a pass from Oteh in he second half. He is down to a top seven that includes Kentucky, Duke, Michigan and others. The 6-4 Oweh got his team going early offensively and continued his brilliant week with 11 points. He is being recruited heavily by Seton Hall, Miami, Minnesota, Georgetown, Penn State and VCU. ESPN reported that Final played without LSU commit Justice Williams, but did not provide a reason why. Several players have missed games this week due to Covid-19 protocols. Emoni Bates, who played with Team Final earlier this summer when they won the Southern JamFest, sat behind his former team’s bench to show support. The 6-9 forward announced Friday he is down to eight options including three pro leagues and five colleges. Memphis and Miami are recruiting both Bates and Duren, who are friendly. Despite the loss, the Rens had a terrific two weeks at the EYBL and reached the semifinals despite playing without their best player. Their complement of talented guards and wings featured Chance Westry, Dominic Barlow, Simeon Wilcher, Denver Anglin and Roddy Gayle. Follow Adam Zagoria on Twitter Follow ZAGSBLOGHoops on Instagram And Like ZAGS on Facebook