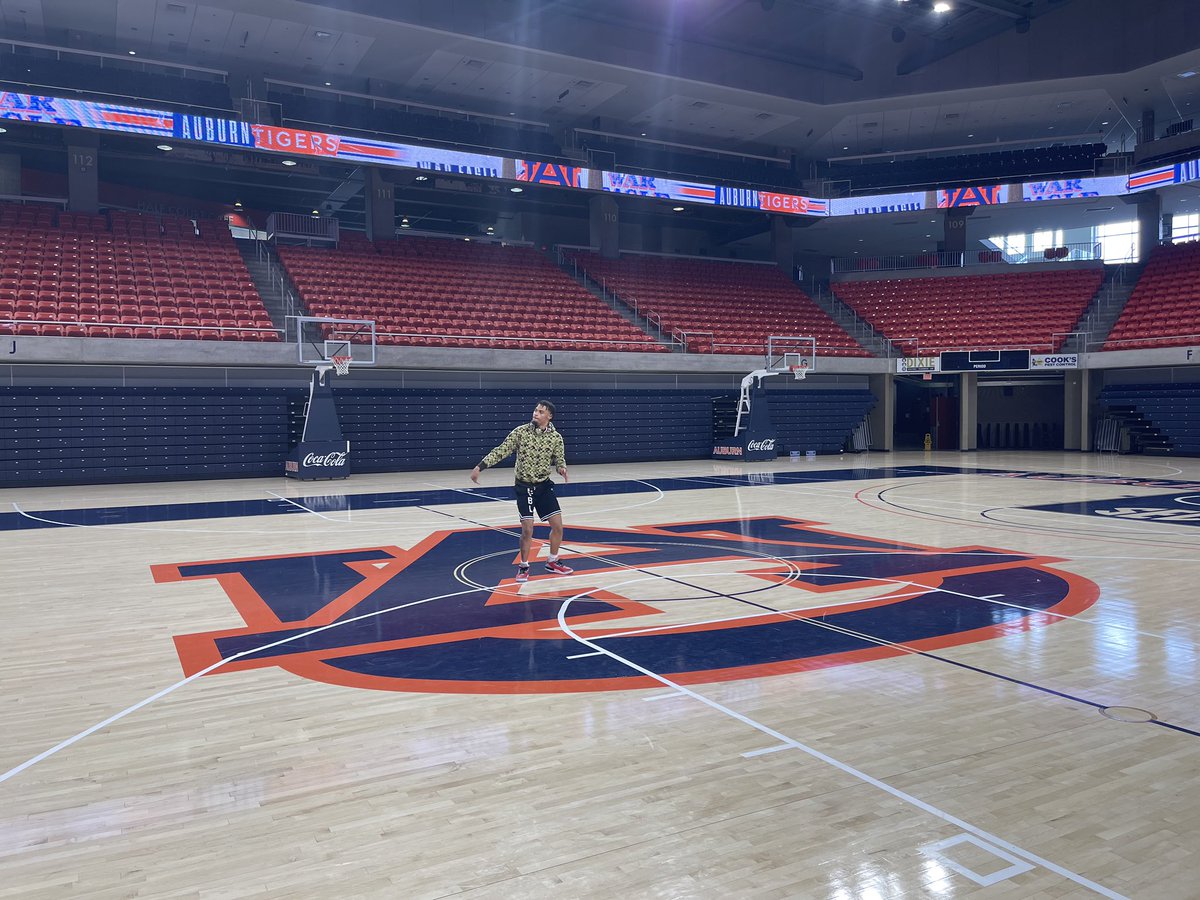 By ADAM ZAGORIA PRINCETON, N.J. — Zion Cruz, the 6-foot-5 combo guard from The Patrick School (N.J.) and the PSA Cardinals AAU program, remains open in his recruitment but a handful of schools appear to be focusing in on him. Auburn, North Carolina and Arizona State are all watching him this weekend as he plays with The Patrick School at The Hun School in the first evaluation period of June. Following his recent official visit to Auburn, Tigers head coach Bruce Pearl is due to watch Cruz Sunday at The Hun School, while assistant Ira Bowman has also been keeping tabs on him. “It’s like a family,” Cruz said Friday following a loss to Dereck Lively and Westtown (PA). “I’m really big on family, just like St. Pat’s brought me in, it’s like a family.” North Carolina head coach Hubert Davis and assistant Brad Frederick were there for both the 7-1 Lively and Cruz, but have yet to offer Cruz. “He was good, great competition,” Cruz said of Lively. “I’ve been playing against him since I was young.” Cruz hopes to visit UNC sometime this summer. “They really want to get me down there, I’m just waiting for the call,” he said. He said UNC was his dream school growing up and he was a big fan of former Tar Heels and current Orlando Magic guard Cole Anthony. Arizona State assistant Joel Justus has also been tracking Cruz and several other New Jersey players, including Class of 2023 Roselle Catholic guard Simeon Wilcher. “They want to get me on a visit, too, they like the way I played,” Cruz said. “I’m trying to get down there, probably late June.” Cruz said he’s also been hearing from Kentucky and hopes to land an offer. “I really want an offer from there,” he said. “Hopefully they’ll come out and see me at Peach Jam.” Follow Adam Zagoria on Twitter Follow ZAGSBLOGHoops on Instagram And Like ZAGS on Facebook