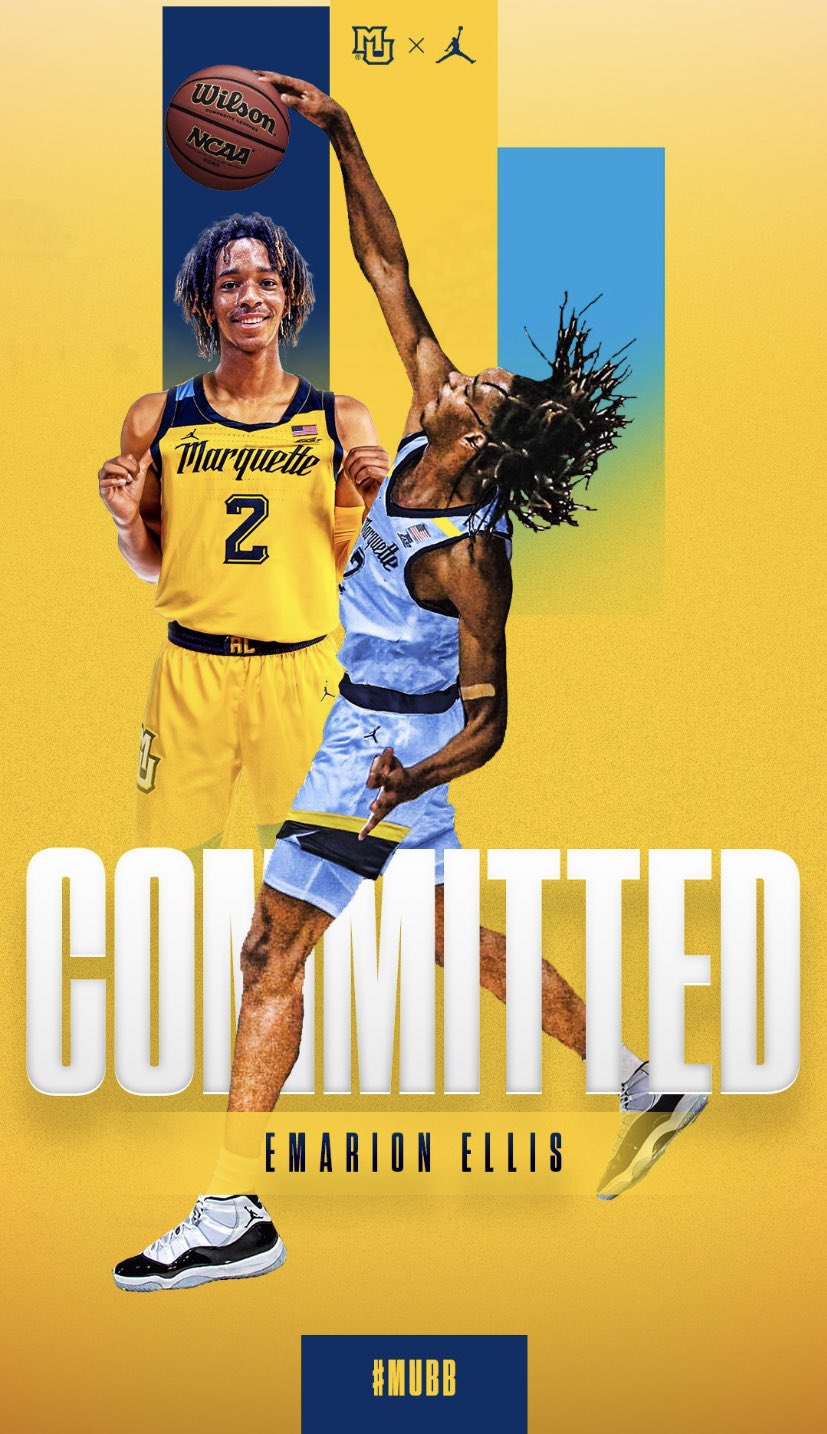 By RYAN McMULLEN Emarion Ellis, the 6-foot-5 combo guard from Assumption (IA), announced he signed with Marquette after decommitting from Texas on Tuesday afternoon. He ultimately chose to follow Marquette head coach Shaka Smart, after he left Texas in March. Ellis was named to the IPSWA Class 3A first team all-state and first team all-MAC team after averaging 18.1 points, 5.9 rebounds, and 4.1 assists. 247Sports ranks Ellis as the No. 103 player in the country and is the No. 2 player in Iowa. He will join forces with four-star guards Stevie Mitchell and Kam Jones for the Golden Eagles’ 2021 class. Four-star David Joplin is a Marquette target who will announce his decision on Wednesday at 10:30 AM EST. Follow Ryan on Twitter Follow Adam Zagoria on Twitter Follow ZAGSBLOGHoops on Instagram And Like ZAGS on Facebook