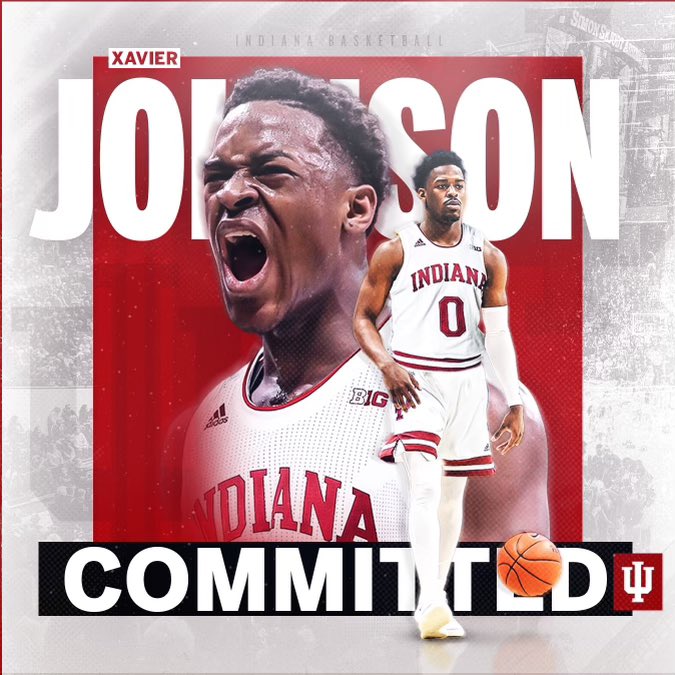 By JUSTIN POTTINGER University of Pittsburgh transfer guard Xavier Johnson has committed to Indiana, he announced Wednesday via Twitter. The 6-foot-3, 200-pound point guard out of Woodbridge, VA, averaged 14.2 points, 3.5 rebounds and a team-high 5.7 assists as a junior during the 2020-21 season. Johnson chose Indiana over his three other finalists: Baylor, Houston and St. Joseph’s. “I just believe it’s the right spot for me,” Johnson told 247Sports.com. “I believe I can make the biggest impact and I trust coach [Mike] Woodson and the process.” Johnson is considered one of the fastest players in the nation and his ability to score inside and out makes him a scoring threat. Coming out of Bishop O’Connell (VA) High School, Johnson was ranked by 247Sports.com as the No. 21 combo guard and No. 221 overall prospect in the Class of 2018. Johnson’s commitment is more good news for the Hoosiers after Parker Stewart, Khristian Lander and Jordan Geronimo have all opted to withdraw from the transfer portal and return to Bloomington. Forward Trayce Jackson-Davis has also announced his intentions to return to Indiana for his junior season. Indiana forward Race Thompson and guard Armaan Franklin remain in the portal. Follow Justin Pottinger on Twitter Follow Adam Zagoria on Twitter Follow ZAGSBLOGHoops on Instagram And Like ZAGS on Facebook