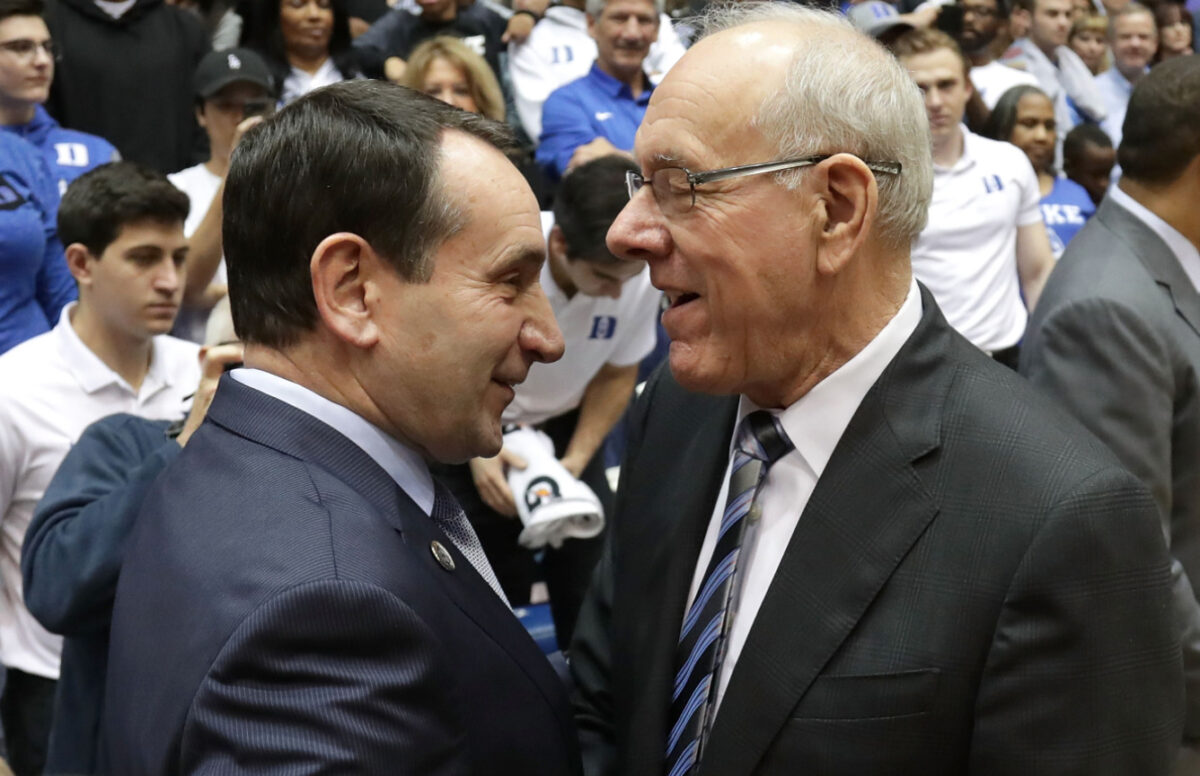 By JAMES SZUBA Atlantic Coast Conference bubble teams had a strong showing over the weekend as Duke, North Carolina and Syracuse all picked up important wins. North Carolina throttled Louisville 99-54, Syracuse erased a 20-point deficit to beat Notre Dame and Duke picked up its biggest win of the season over No. 7 Virginia. North Carolina (14-7, 8-5) has the best chance of the three to make the big dance as Duke (10-8, 8-6) and Syracuse (13-6, 7-5) are fighting for their tournament lives. Duke, which last week saw freshman star Jalen Johnson opt out for the remainder of the season, hosts Syracuse Monday night in a titanic game for both outfits (7 p.m., ESPN). According to bracketmatrix.com, a website that takes the average projected tournament seed from 100 bracketologists, North Carolina’s average seed is 10.4. The Tar Heels are included in 89 out of 100 brackets. Duke and Syracuse are much lower, included in just seven and four, respectively. While Duke’s record leaves much to be desired, advanced analytics favor the Blue Devils, one component of the NCAA Tournament Selection Committee’s criteria. Duke ranks No. 28 in Sagarin, No. 31 in Ken Pom and No. 30 in BPI. The Blue Devils are 2-3 in quadrant one games, 3-3 in quadrant two and No. 56 in the NCAA Evaluation Tool (NET), the chief sorting tool used by the committee to evaluate teams. Here’s how the quadrants break down, with quadrant one being the highest quality and quadrant four being the lowest: North Carolina is No. 34 in NET, but just 1-6 in quadrant one games yet 6-1 in quadrant two. The Tar Heels are No. 22 in Sagarin, No. 29 in KenPom and No. 26 in BPI. A 3-1 neutral court record and a strength of schedule of 44 favor the Heels. Syracuse, meanwhile, has a glaring hole in its résumé with an 0-4 quadrant one record. The Orange are No. 42 in Sagarin, No. 53 in Ken Pom and No. 32 in BPI. Syracuse is No. 47 in NET with a 3-1 quadrant two record and a 11-1 home record. With a 2-5 road record, Syracuse needs at least a pair of quadrant one wins and has to win away from home to make the field. It has the chance to accomplish both of those things tonight at Duke. Follow @JamesSzuba on Twitter Follow ZAGSBLOGHoops on Instagram And Like ZAGS on Facebook