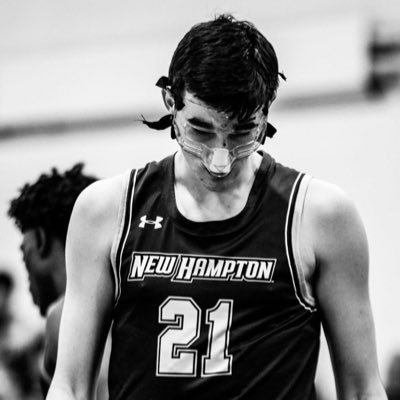 BY JAKE LIEBERMAN Alex Karaban, the 6-foot-7, 190-pound small forward from New Hampton (NH) School, says Providence, Indiana, Creighton, Harvard and Stanford are the five schools working the hardest for his recruitment. He broke each school for ZAGSBLOG Saturday: Providence: “Local school for me that competes in the Big East with the best of them. They were my first offer and they believe in me. I also have a great relationship with coach [Ed] Cooley and coach [Brian] Blaney. Indiana: “One of the hardest schools recruiting me as they believe I can make a true impact for their program and they love my skill set. I have a great relationship with coach [Archie] Miller and coach [Mike] Roberts as well.” Creighton: “I love talking to coach [Greg] McDermott and coach [Terrence] Rencher. Their style of play is one I could fit in. Being one of the top teams in the Big East can be very beneficial for me.” Harvard: “I’m one of the few guys they offered and they are a local school for me. They are one of the top teams in the Ivy [League] and present many opportunities outside of basketball.” Stanford: ” I have a good relationship with coach [Jerod] Haase and coach [Adam] Cohen as well as coach [Camryn] Crocker who I have known for a while now. The opportunities that they present to me are unmatched and play at a high level in which they believe I can fit in.” Karaban is also receiving new interest from UConn, Louisville, Michigan and Notre Dame. Ranked by 247Sports.com as the No. 29 small forward and No. 130 overall prospect in the Class of 2022, Karaban says he plans to cut his list in the summer or early fall. He wants to commit before the start of his senior season. “I can shoot the ball and rebound very well,” he said. “Just being a matchup nightmare.” Follow Jake Lieberman on Twitter Follow Adam Zagoria on Twitter Follow ZAGSBLOGHoops on Instagram And Like ZAGS on Facebook