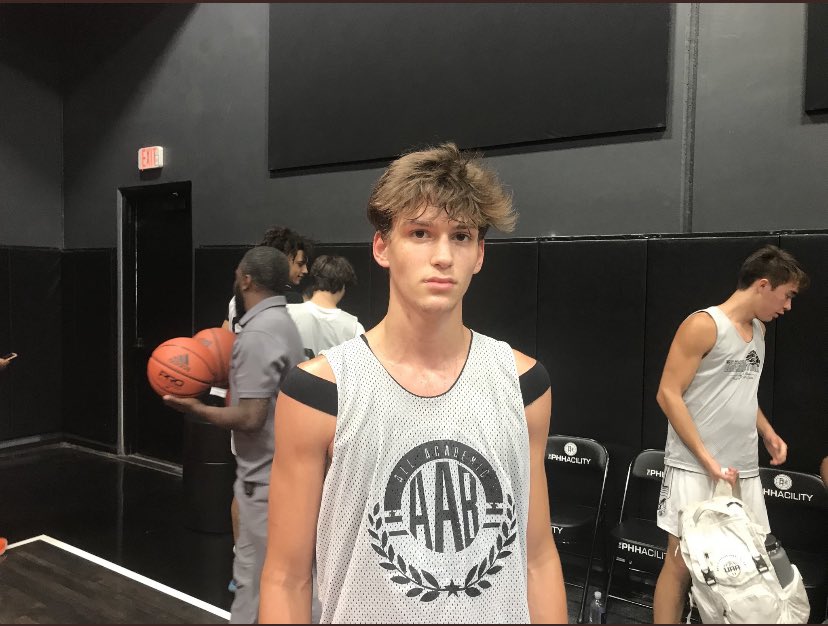 BY JAKE LIEBERMAN Even with the season on hold, four-star junior Aidan Mahaney has a handful of schools reaching out to him. Mahaney, a 6-foot-2 guard who attends Campolindo School (CA), is ranked 79th nationally and the 12th best player in California, according to 247Sports.com. Xavier, Texas, Northwestern, and Gonzaga are the newest programs to enter his recruitment, while Xavier has already offered him. “I’ve done Zoom calls with Cal, Stanford, Saint Mary’s, and Xavier, and those have all gone pretty well,” he said. Mahaney said Saint Mary’s and Cal are the two programs currently working the hardest. “Others are reaching out too, but these are the top two,” he said. “They are both close to home, which is nice, I’ll go anywhere to play, but it is nice that they are close to home. “Saint Mary’s is the hometown school, 10 minutes away from my house. I know their coaches really well. Randy Bennett’s kids play on my high school team.” “Cal, they started recruiting me really early. I also got to know their coaches really well.” Mahaney’s goal is to commit early to recruit guys to play with him. He would like to commit sometime before his senior year, and narrow down his list in the early summer. When speaking on his game, Aidan said his leadership is really strong. “I do this just about as well as anybody in the country,” he said. Follow Jake Lieberman on Twitter Follow Adam Zagoria on Twitter Follow ZAGSBLOGHoops on Instagram And Like ZAGS on Facebook