Duke cancels the rest of its non-conference schedule 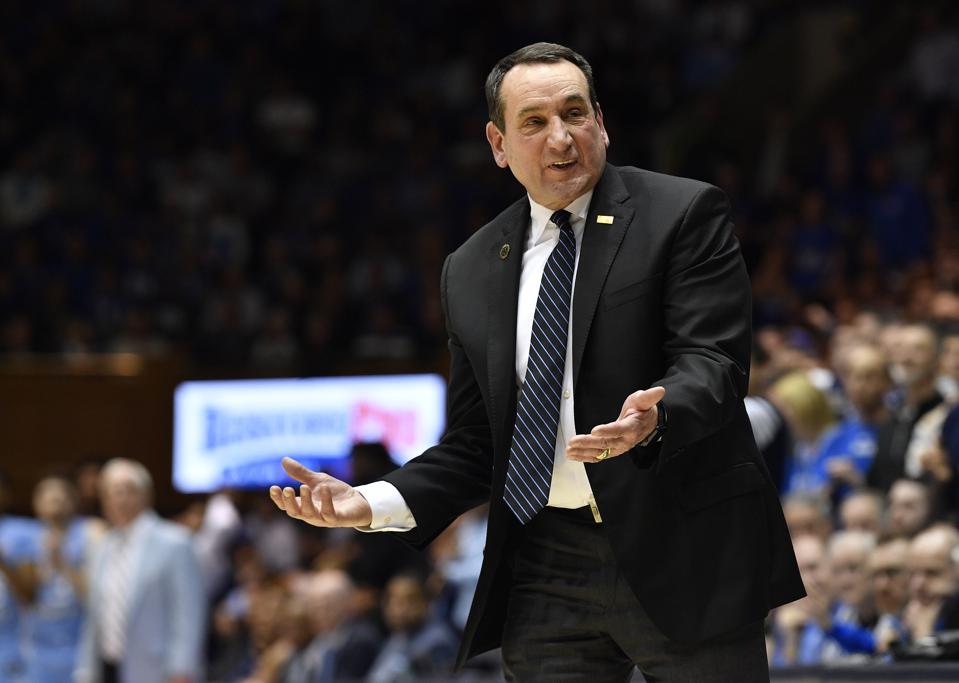 By JACOB POLACHECK Duke has canceled the remainder of its non-conference men’s basketball games this season, the school announced Thursday. “This is the best decision we could make as a program, in making sure that we are doing the right thing for our players,” said Duke head coach Mike Krzyzewski in a press release. “This will also allow our team to have time over the holidays to safely enjoy with their families. “These kids need to be with their families, at least for a little bit. So we will play the Notre Dame game on December 16, and then allow our team four or five days at home before returning here to prepare for the remainder of our ACC schedule – and hopefully get to play all of them. These kids go through so much, and we need to take care of them.” Duke will opt to instead only play ACC opponents who must adhere to the same health and safety protocols for dealing with the COVID-19 pandemic. As a result, Duke’s Dec. 19 home matchup with Gardner-Webb is now canceled. The Blue Devils’ previously postponed games with Elon and Charleston Southern will not be rescheduled. Duke will begin ACC conference play in a matchup with Notre Dame on Dec. 16 at 9 p.m. Following No. 10 Duke’s 83-68 to No. 6 Illinois, Coach K responded to a question asking whether or not playing games as the pandemic continues to spread felt right by saying it didn’t “feel right” and that the situation should be reassessed. He added: “You have 2,000 deaths a day. You have 200,000 cases. People are saying the next six weeks are going be the worst. To me, it’s already pretty bad. On the other side of it, there are these vaccines that are coming out. By the end of the month 20 million vaccine shots will be given. By the end of January or in February, another 100 million. Should we not reassess that? See just what would be best?” Alabama head coach Nate Oats took a shot at Coach K on Thursday following the comments. “Let me ask you a question. Do you think Coach K would be saying that if he hadn’t lost those two non-conference games at home?” Oats said. This story has been updated. Follow Jacob Polacheck on Twitter Follow Adam Zagoria on Twitter Follow ZAGSBLOGHoops on Instagram And Like ZAGS on Facebook