2021 big man Mac Etienne has another Zoom with Marquette, Illinois up next | Zagsblog
Follow @adamzagoria 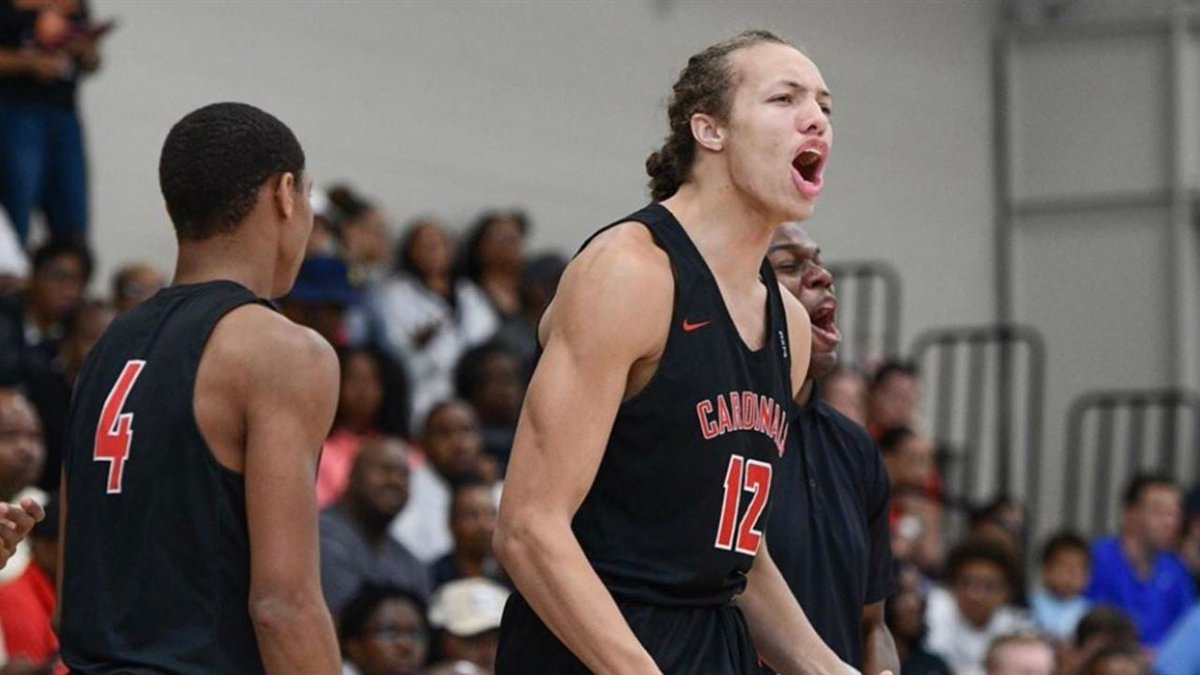 By ADAM ZAGORIA Mac Etienne, the 6-foot-11, 220-pound big from Brewster (N.H.) Academy and the PSA Cardinals, had the latest of several Zoom calls on Sunday with Marquette. He took an official to Marquette last October and has Zoomed with them several times since. “Marquette is a great school,” he said in April. “I have a great relationship with the coaches and it’s a real family feel,” he said. “I hung out with the team a lot. They said that I would almost be replacing Theo [John]. “They play in a great conference, the Big East. They’re one of the top-25 teams in the country. Marquette is a great school. I love it there.” Etienne took an official to Illinois in March for the Iowa game just before the pandemic. He has a Zoom with the Big Ten school on Sunday. “You could really see how they were running the offense through their bigs,” he said. “It was a great matchup with Luka Garza and you could see how they used Kofi [Cockburn]’s advantages over Luka to win that game. “They have a great arena and a great campus,” he said. “I’m really close with coach [Orlando] Antigua. I talk with coach Antigua and coach [Brad] Underwood all the time. I have a really great relationship with them.” According to 247Sports.com, Etienne is ranked the No. 7 center and No. 44 overall player in the Class of 2021. Kansas, Kentucky, Louisville, Miami, UConn and UCLA are among the other teams involved for Etienne, who holds multiple high-major offers. He recently had Zooms with UCLA and Miami. “Mac is the prototypical big for today’s game,” PSA Cardinals director Terrance “Munch” Williams said. “He’s long, incredibly athletic, and extremely versatile at this stage of his development. He can guard multiple positions, is excellent switching in ball screens, rebounds and blocks shots with a passion. He is aggressive offensively and finishes at a remarkably high clip. “He is constantly progressing as both a mid-range and long-distance shooter. With such a high basketball IQ, he will be virtually unguardable as he begins to excel with his half-court ball handling. Mac’s talent is a convertible sports car – rapidly accelerating with absolutely no ceiling. And with all that, his greatest attribute is that he’s still a phenomenal person and leader with a tremendous work ethic. He is always hungry for the next challenge and has always welcomed new responsibilities. Our program has been blessed to have him.”