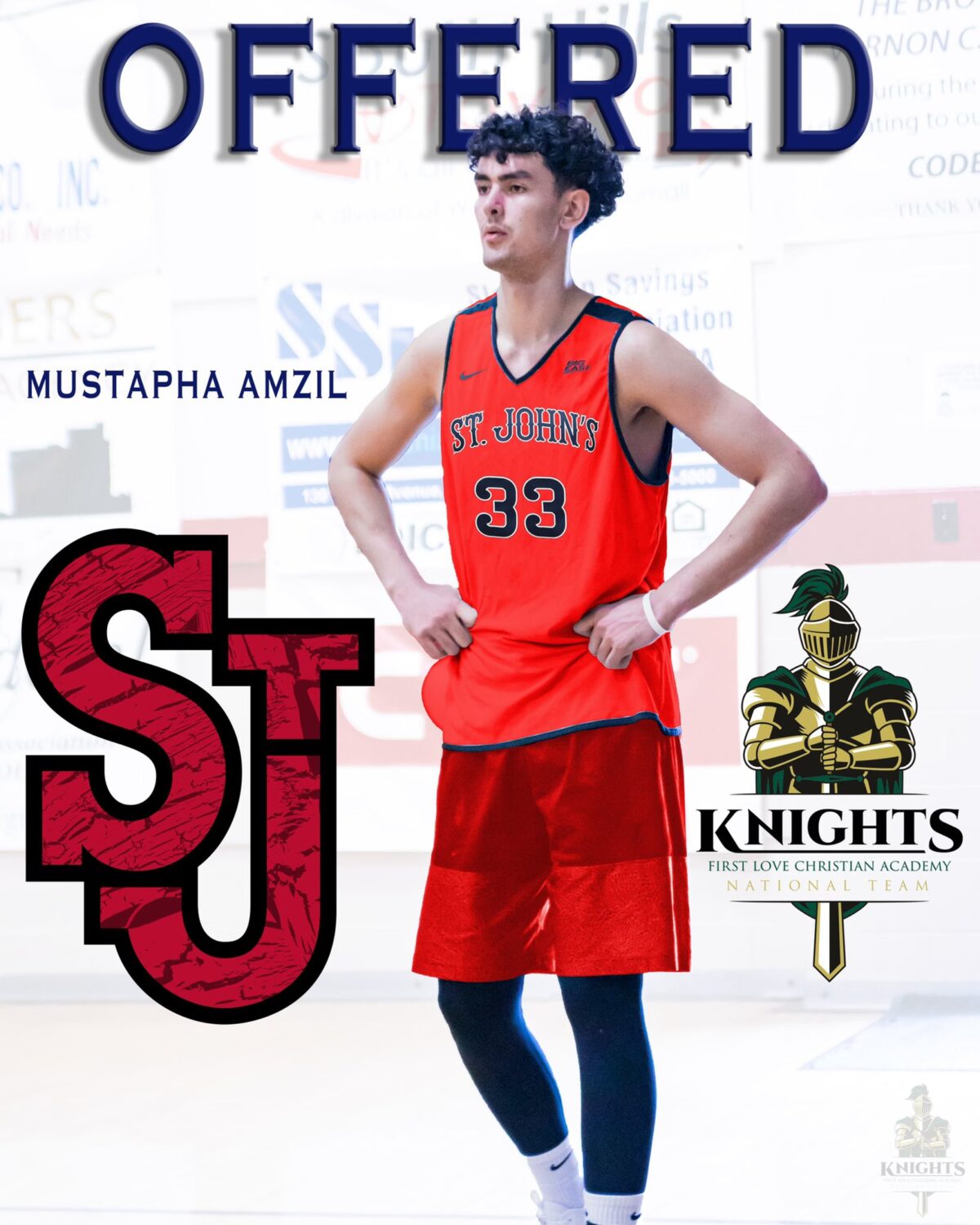 By ZACH SMART Class of 2021 forward Mustapha Amzil of First Love Academy (PA) has picked up a number of high-major offers in recent days.  The 6-foot-10 and 215-pound Amzil, who possesses a wide-ranging offensive game as an outside shot-maker and adept inside-scorer, now holds offers from Pittsburgh, Oklahoma State, Boston College, St. John’s, Maryland, and Dayton. A native of Finland, Amzil represented the country on the U-18 national team.  “He’s got a high basketball IQ, he can dribble, pass and shoot,” said First Love head coach Khyaree Wilson, who is in his sixth year since kick-starting the program. “He just got here and the (offers) have been tremendous. He can’t really get out and see too much with the pandemic, but he’s definitely impressed with the schools he’s head from. As far as his decision, it’s going to be based on several factors. I’m pretty sure style of play, what their track record is with sending guys to the NBA, and it’s going to be based on the academic structure as well.” Amzil came out of nowhere to steal the spotlight at the 2020 Real Scout Jamboree. He showed he could be a real defensive backbone with his ability to defend the rim and block/alter shots.  He was able to create his own shot and put the ball on the deck and score. Amzil displayed a deft outside shooting touch as well.

He will have plenty of in-house competition, as First Love now features hyper-athletic 6-foot-8 2022 Prospect Fray Nguimbi.  A transfer via national power West Oaks Academy in Florida, Nguimbi currently holds offers from Alabama, Rutgers, Dayton, Iowa State, Georgia Tech, and several others.  The team is led by a high major caliber point guard in Class of 2022 Mason Manning (Illinois, Ole Miss, Pitt, Baylor etc.) and 6-foot-4 Class of 2022 guard DJ Jackson (recently offered by Seton Hall).  “Mustapha is going to have tremendous upside,” Wilson said. “He’s really that good. I just want him to come in and be himself.” This post has been updated. Follow Zach Smart on Twitter Follow Adam Zagoria on Twitter And Like ZAGS on Facebook