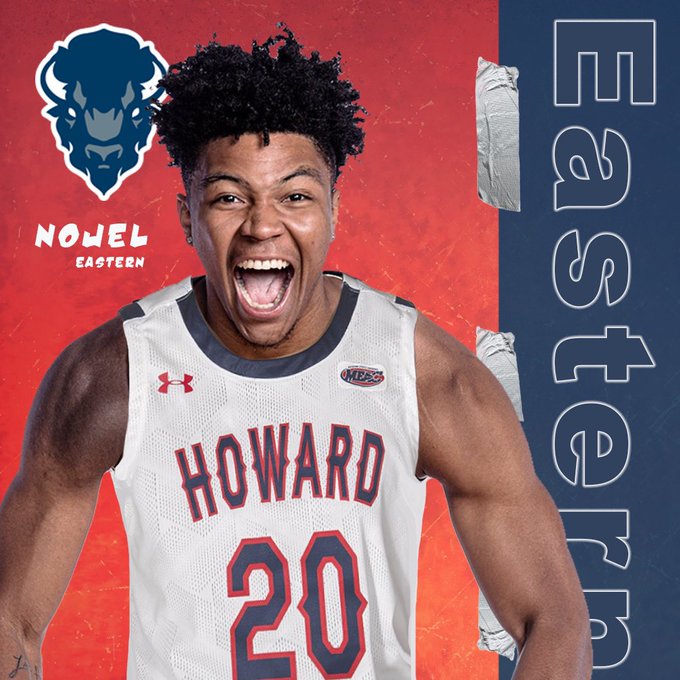 By JACOB POLACHECK Howard has landed a commitment from Purdue transfer Nojel Eastern, he announced Thursday via Twitter. Eastern, a 6-foot-7, 225-pound junior wing from Evanston, IL, averaged 4.9 points, 4.0 rebounds and 2.7 assists per game last season, while shooting 42.0 percent from the field. Eastern will apply for a waiver for immediate eligibility. If he receives a waiver, he will join 6-foot-1 point guard Rahim Ali and five-star big Makur Maker in Howard’s 2020 class. Eastern originally committed to Michigan in May, but had to reopen his recruitment as he was unable to get into Michigan because of a lack of credits. As a sophomore during the 2018-19 season, Eastern played. a significant role for the Boilermakers, starting in 35 of 36 games and averaging 7.5 points, 5.5 rebounds, 2.5 assists and 1.1 steals per game. “We’ll be one of the most watched teams in the country. We’ll be one of the most scrutinized teams in the country,” Howard head coach Kenny Blakeney said in a Zoom Interview with ZAGSBLOG earlier this month. “And now it’s like, what do we do with the results? How do we perform? Do we put a product out there that’s fun to watch and fun to play? Are we winning? Are we representing ourselves in the right way?” Follow Jacob on Twitter Follow Adam Zagoria on Twitter Follow ZAGSBLOGHoops on Instagram And Like ZAGS on Facebook