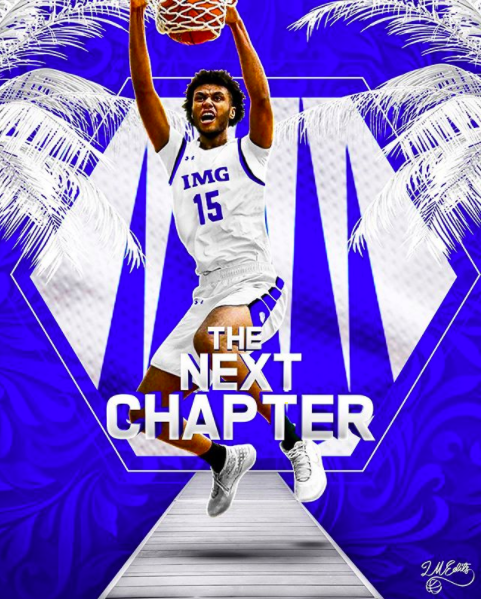 By JACOB POLACHECK Efton Reid is headed to IMG Academy for his senior year, he announced Thursday, via Instagram. Reid, the 6-foot-11, 225-pound center from Richmond, VA, will transfer from Steward School (VA) and play for IMG’s post-grad team that features recently added Class of 2021 big man Charles Bediako and point guard Lynn Greer III. According to 247Sports.com Reid is ranked as the No. 3 center and No. 24 overall player in the Class of 2021. He currently holds offers from a number of high-major schools including Louisville, Ohio State, Virginia, Florida State, Georgetown, N.C. State, Pittsburgh, Kansas and North Carolina, among others.  Reid was named first-team VISAA Division II last season as a junior, posting averages of 19 points, 12 rebounds, two blocks and two assists per game. Follow Jacob on Twitter Follow Adam Zagoria on Twitter And Like ZAGS on Facebook