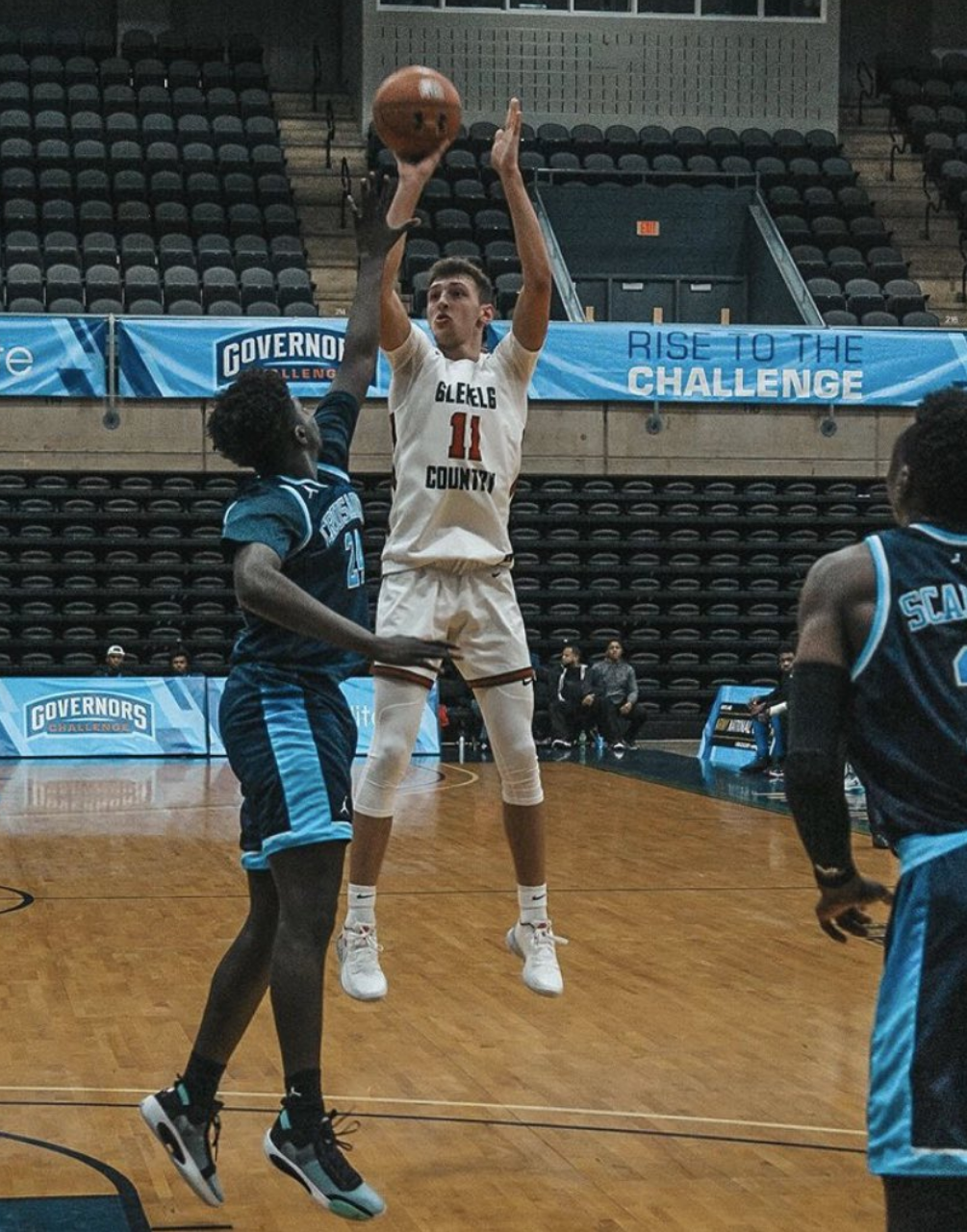 By JAKE LIEBERMAN Noah Batchelor is one of the most talented kids in the Class of 2022. According to 247Sports.com, he is the No. 15 small forward in his class. Batchelor, the 6-foot-6, 185-small forward from Glenelg Country School in Maryland, has picked up offers from George Washington, Clemson, Virginia Tech, Florida, Maryland, Georgetown, Memphis, NC State, Marquette, Wake Forest, Nebraska, and Penn State. He broke down each school that has offered thus far: George Washington: “I like that’s it’s close to home, and it’s a small school with a good fan base.” Clemson: “It’s a good school and I have friends that are going there. They are in the ACC which is a plus.” Virginia Tech: They are also in the ACC, they have a good coaching staff and a really strong fan base.” Florida: They have sent a lot of players to the NBA. It’s a great school and a very successful basketball program.” Maryland: “Maryland is super close to home as well. I really love the fans and the coaching staff is awesome.”  Georgetown: Another program that is pretty close to home. I like that coach Ewing played in the NBA, so he knows what it takes to get there.” Memphis: “I really like Coach Hardaway and the whole coaching staff. They know how to send guys to the league.” NC State: “The program is close to our beach house, and not far from our home. The fan base that they have is super strong.” Marquette: “I have a couple of friends who play for them, and the coaching staff is good. I like how they play and move the pace.” Wake Forest: Obviously they have a new coaching staff which is intriguing. They have good academics, and I know a lot of guys who go there.” Nebraska: “The coaching staff and program are on the rise. They know how to send a player to the NBA.” Penn State: “It’s a really good school, and the coaching staff cares about the players. My friends that go there are trying to get me to go there.”  Batchelor has taken three in-person visits. They have been to George Washington, Maryland, and Virginia, which “I really enjoyed.” Also, a handful of schools are showing interest in the forward. Georgia, Stanford, Florida State, Creighton, Rutgers, Arkansas, Michigan, Indiana, Purdue, Virginia, Tennessee, BYU, and Notre Dame.  Photo: @Noonanhoops Follow Jake on Twitter Follow Adam Zagoria on Twitter And Like ZAGS on Facebook