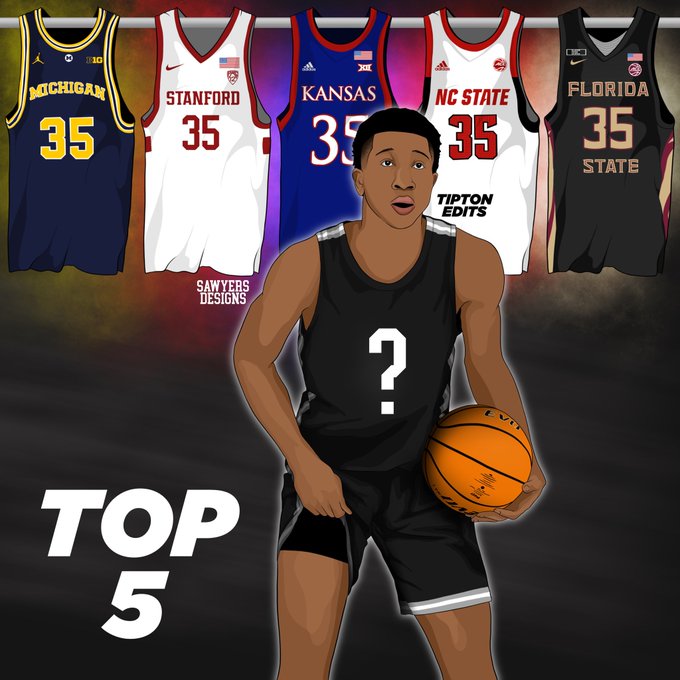 By JACOB POLACHECK Matthew Cleveland is down to five. Cleveland, the 6-foot-6, 189-pound shooting guard from Pace (GA) Academy, named Michigan, Stanford, Kansas, NC State and Florida State as his top five schools on Monday, he announced via Twitter. This past weekend, Cleveland played with the Atlanta Celtics at the On the Radar Hoops event in Atlanta, averaging 32 points and 7 rebounds in two games. According to 247Sports.com, Cleveland is ranked as the No. 3 shooting guard and the No. 24 overall player in the Class of 2021. Follow Jacob on Twitter Follow Adam Zagoria on Twitter And Like ZAGS on Facebook