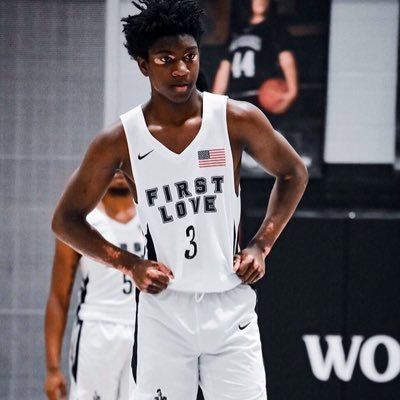 By JACOB POLACHECK Since June 15 when college coaches began reaching out to Class of 2022 prospects, Mason Manning has picked up numerous high-major offers. Manning, the 6-foot-1, 170-pound point guard from First Love (PA) Christian Academy, has picked up offers from Wake Forest, Seton Hall, Illinois, Pittsburgh and Georgia Tech. He broke down each school: Wake Forest: “They produced Chris Paul and he’s a great point guard that played in the NBA and was an All Star. That just goes without saying. They like my game and they think I would fit well in their program.” Seton Hall: “I like their coach. They want what’s best for their players.” Illinois: “Basically, the same thing. They like my game, think I would be a great fit.” Georgia Tech: “I actually knew someone that went to Georgia Tech, but the staff has changed since they went. The coaches are telling me that Georgia Tech is a good fit. Pittsburgh: “I went to school down there this past year and coach [Jeff] Capel established a relationship early on. I went on a few unofficial visits and he just offered. I think they’re good. They talk about wanting the best for their players and all that good stuff.” In terms of the schools in contact the most, Manning says that he has been hearing from Pitt, NC State, Missouri, Ohio State and Maryland. NC State: “They’ve just been telling me about their program. They’ve been saying they want to build a relationship and they say they like my game.” Missouri: “Basically, the same thing. They’re just making their pitches.” Ohio State: “They pride themselves on defense, being tough and playing in the Big Ten. The Big Ten is a physical conference so they’re just making their guards tough and ready for the next level. Maryland: “I actually don’t know too much about Maryland. They’re trying to fill me in and I’m trying to do my research.” While Manning hasn’t taken any recent unofficial visits, he did take visits to Ole Miss and Pitt in the fall. The Ole Miss visit, their players had access to everything. They were really open with their players,” Manning said. “[At Pitt], I was looking at their facilities. It’s all close together.” Manning says he will ‘probably’ take visits in the fall, but has not decided on any schools in particular. “Education and the best fit,” Manning said on what he’s looking at when evaluating these schools. “But I really want a coach that’s going to push me to get better.” According to 247Sports.com, Manning is ranked as the No. 20 point guard and the No. 88 overall player in the Class of 2022. “I like playing fast and I’m a playmaker, Manning said. “I’m just getting in the gym with one-on-one workouts. I’ve just been shooting and staying in shape, staying sharp.” Follow Jacob on Twitter Follow Adam Zagoria on Twitter And Like ZAGS on Facebook