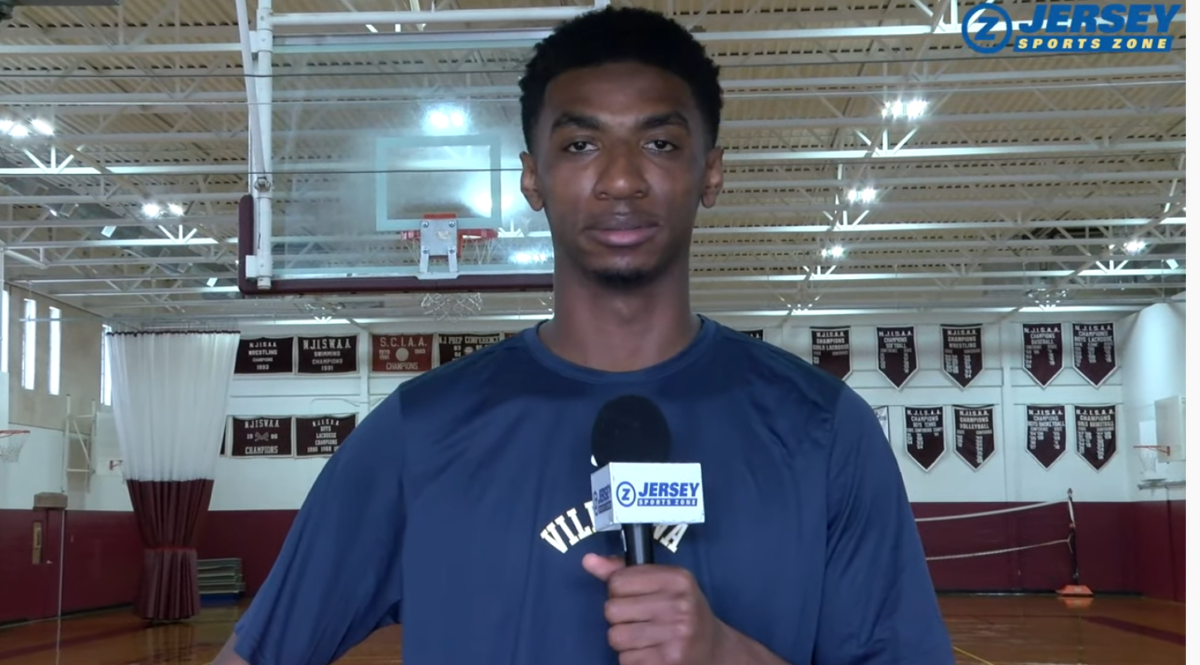 By ADAM ZAGORIA Villanova has a long history of plucking talented guards and wings out of the Garden State. On Thursday, Jay Wright’s club added yet another when Trey Patterson, the 6-foot-8 1/2 small forward from Rutgers Prep and Team Rio, committed to the Wildcats on his birthday. Patterson, ranked the No. 8 small forward in the Class of 2021 by the 247Sports Composite, chose Villanova over Florida and Indiana. “I’ll be going to Villanova,” Patterson said in a phone interview before he publicly announced. “I just felt like I fit into their system and it’s the best fit for me. I built a great relationship with Jay Wright and the coaching staff over the past couple years. They have a history of a winning culture and I feel like they can help me develop and reach the next level, which is my ultimate goal. The past couple years, they’ve done good work with small forwards like me and helping them develop and helping them be successful in the NBA and that’s what I want to do as well.”

Patterson is the second 2021 commit for Villanova, joining Sanford School center Nnanna Njoku, who committed in April. He also played in the same AAU program, Team Rio, as current Villanova freshman Bryan Antoine, who is expected to have a bigger role in the 2020-21 season now that his shoulder is fully healthy. Patterson averaged 19.8 points and 10.1 rebounds last season at Rutgers Prep (27-2), which reached the Non-Public B South final. “He’s a dynamic forward who literally does it all,” Team Rio and former Rutgers coach Mike Rice said. “He takes bigger defenders to the perimeter and smaller ones to the paint. His skill set has become scary.” Wright said in April said that the potential cancelation of spring and summer recruiting this year due to the coronavirus pandemic would likely negatively impact his ability to recruit for 2021. So the additions of Patterson and Njoku give him two players in that class. Villanova currently has no commits in 2020. “I don’t think this is going to affect us in recruiting with the 2020 class,” he said, “but it’s definitely going to affect us with the ’21 class the way we recruit. Not being able to get out in the spring to evaluate, we’re not getting guys on campus in the spring. “But if it affects us and hurts us a little bit, so what? Suck it up. There’s a lot more important things going on in our world right now.” As far as what his role would be, Patterson said, “My role would be very versatile. I would mainly be on the wing, playing the guard spot. But also if I have a mismatch on the wing, I can post up a small defender or if I have a big on me, I can take him off the dribble and attack him from the perimeter.” Antoine Patterson, Trey’s father, played 86 games at St. Francis (Pa.) between 1989-92, averaging 7.5 points and 3.4 rebounds. His mom, Shamona Marable, was a standout at Seton Hall. Villanova currently has eight players in the NBA, none of whom were a pure one-and-done in college, and sophomore forward Saddiq Bey is a projected first-round pick this year. Patterson said his ultimate goal is to make the NBA but isn’t concerned with how long it could take. “I’m going there not thinking about putting that pressure on myself of being a one-and-done, however long it takes for me to ultimately get to the next level is what it will be,” he said. “I’m going in just looking to work hard and just enjoy the college life and whatever happens, happens.” Follow Adam Zagoria on Twitter And Like ZAGS on Facebook