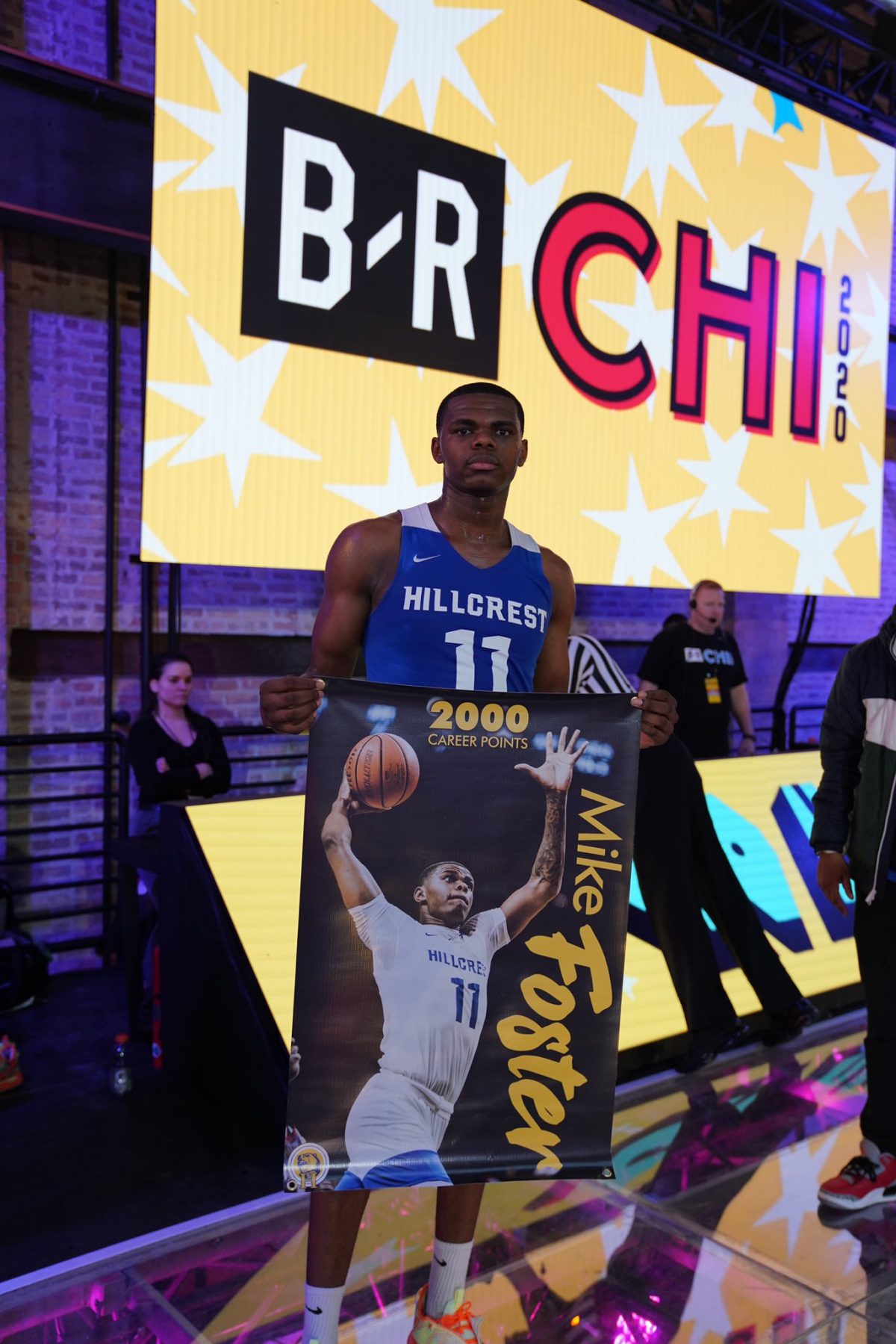 By ADAM ZAGORIA Mike Foster, the 6-foot-10 Class of 2021 power forward from Hillcrest Prep (AZ) who models his game after Kevin Durant, has been conducting Zoom calls with a number of high-major schools during the pandemic and is weighing a reclass to 2020. Foster, who averaged 26 points, 13 rebounds and three blocks a game last season, has had Zoom calls with Baylor and Georgia and expects to have them soon with Kansas and Illinois, according to his mentor, Chianti Clay, the coach of the Hillcrest Prep National team. Florida State and Michigan have also been in touch several times recently. Foster visited Georgia last September. “It was good, I like the atmosphere, a lot of fans,” he said last fall of Georgia and coach Tom Crean. “They want to help me develop to who I want to be and they want me to be the best I can be. They want to help me do that.”

Lots to love here from 2021 five-star recruit Mike Foster. Hustles for the rebound, scans and pulls up for a pretty three-pointer. pic.twitter.com/Yzn8CoM0bI

Several schools have “inquired” about the possibility of Foster, ranked No. 7 in the 2021 ESPN 60, reclassifying to 2020 and enrolling in college this fall, Clay said. The hitch is that because he just turned 17 in February, he won’t be eligible for the NBA Draft until 2022. NBA rules state a player must be 19 and a year removed from his graduating class in high school. So whether he goes to college in 2020 or ’21, Foster is still two years away from the Draft. “Teams are inquiring about 2020 but this point we not sure about going 2020,” Clay said. “The thing that’s holding up the reclass with Mike is he would have to stay in school two years.” Clay said several overseas professional teams have also reached out recently. The NBA G League pathway is only for players who have finished high school, so Foster presumably wouldn’t be a candidate until 2021. Hillcrest Prep director Nick Weaver said Foster “is a cross between [Deandre] Ayton and [Marvin] Bagley,” the No. 1 and 2 picks in 2018. “He’s as good as Bagley was here,” Weaver said last fall. “He can put the ball on the floor like Bagley did and finish out in traffic. He can also post up on the block and has an incredible jump hook like Ayton did. He blocks a ton of shots also.” Foster has another star in mind. “I feel like I got the potential to be like Kevin Durant but other people see different,” he said. Follow Adam Zagoria on Twitter And Like ZAGS on Facebook