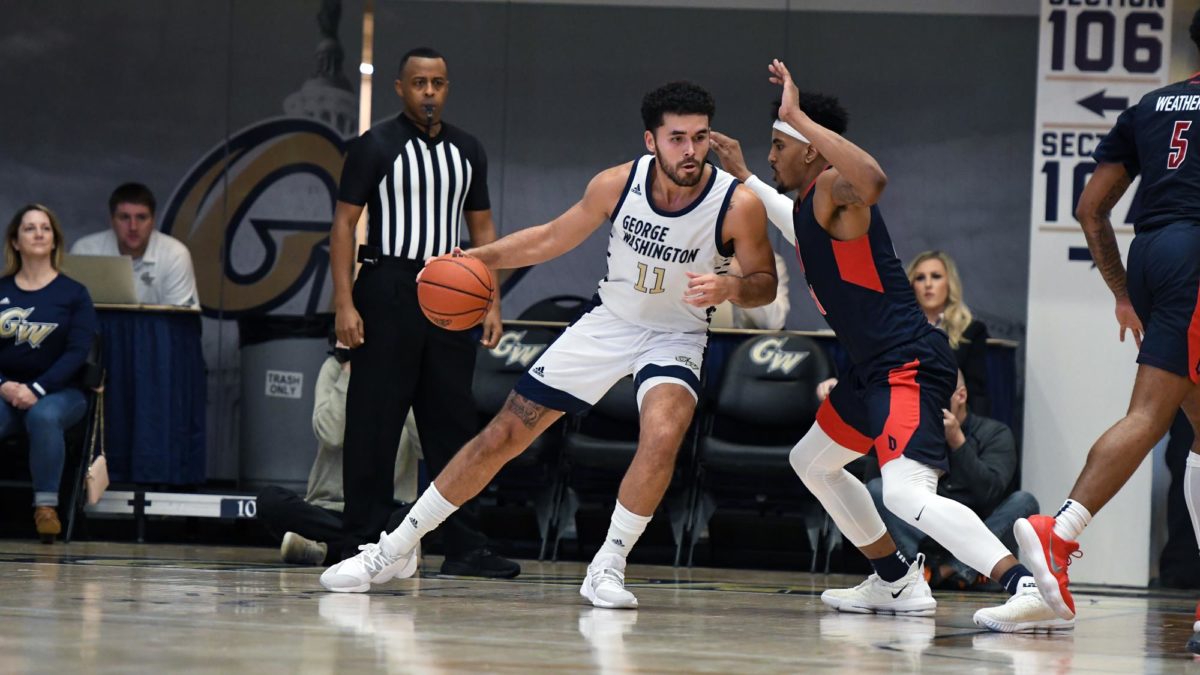 By ADAM ZAGORIA St. John’s on Thursday officially announced the signing of George Washington grad transfer Arnaldo Toro, who committed on April 3 and will be immediately eligible for the 2020-21 season. The 6-foot-8 Toro averaged 6.5 points and 7.0 rebounds last season. As a junior the native of Puerto Rico averaged 10.1 points and 9.3 rebounds. “I think the coaching staff is great and I was able to build a relationship with them and I like the mentality they have,” Toro said when he committed. “I’m excited for the opportunity to play against great competition in the Big East and I’m excited for the challenge. I can bring toughness, rebounding, expanding the game [by] playing with each other’s experience and leadership. [We are] trying to make a run to the tournament.” Toro has 647 career points and 611 rebounds.  Only 31 players in St. John’s history have tallied more than 600 rebounds with the most recent being Sir’Dominic Pointer (681) from 2011-15. “We are excited to welcome Arnaldo to the St. John’s Basketball family,” St. John’s coach Mike Anderson said in a release. “Arnaldo is a mature player who brings plenty of experience to our program. We believe his physicality and ability to extend the floor will fit our brand of basketball well.” Added St Benedict’s Prep coach Mark Taylor: “Toro is a great kid who brings a great atmosphere and work ethic. “He has a terrific skill level for his size, so he allows them to play a little bit more versatile and go up-tempo, which will help them.” St. John’s lost Mustapha Heron to graduation while junior forward L.J. Figueroa is testing the NBA Draft waters. The Johnnies also add high school prospects Posh Alexander and Dylan Wusu from Our Saviour Lutheran, as well as junior college prospects Vince Cole, a scoring guard, and Isaih Moore, a power forward. This post has been updated. Photo: GW Follow Adam Zagoria on Twitter And Like ZAGS on Facebook