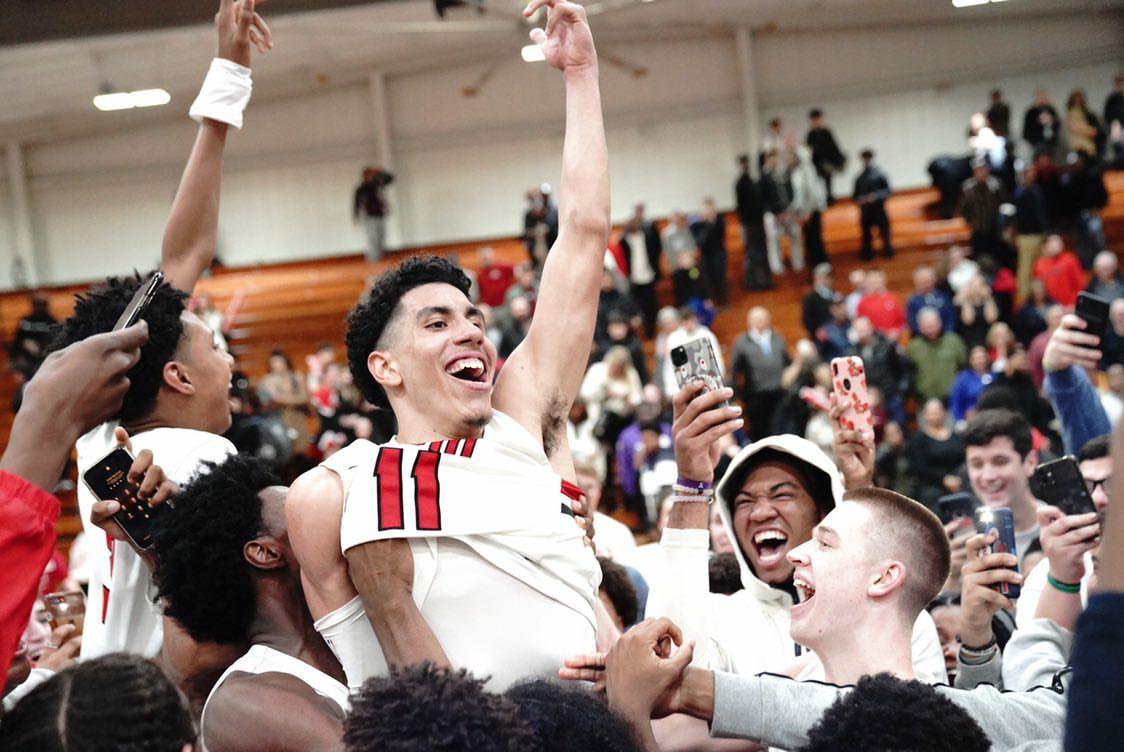 By ADAM ZAGORIA GLEN HEAD, N.Y. — Here’s some eye-opening news for fans of Illinois basketball — and indeed for college basketball fans in general. Illinois coach Brad Underwood, a man who went to four straight NCAA Tournaments from 2014-17 and is likely headed back to the Big Dance this year, believes incoming point guard Andre Curbelo is similar to Trae Young. “He’s the consummate lead guard, he’s a guy that makes everybody around them better,” Underwood said Thursday night as he and assistants Orlando Antigua and Ron Coleman watched Curbelo and Long Island Lutheran beat The Patrick School, 68-63, in an electric atmosphere at the Long Island school. “He’s as good a passer as I’ve seen at the high school level. “I’ve compared him to Trae Young a little bit in that area. He doesn’t shoot it like Trae yet but [he] has uncanny vision.”

Curbelo, a native of Puerto Rico who committed to Illinois on Nov. 1, is a magician with the basketball. But can he shoot it like Trae? “I think it’s just reps, I don’t think he’s had to shoot it at this level to have a high level of success,” Underwood said. “I do think he’s got great form, he’s got great mechanics.” Curbelo and LuHi (20-3) are in the midst of what head coach John Buck called possibly”the greatest week” in program history.

Fred Hoiberg And Brad Underwood are among the coaches here at ⁦@LuHiBasketball⁩ for the ⁦@tps_hsbb⁩ game pic.twitter.com/0T14SNFD6r

After putting up 23 points, 10 rebounds, 6 assists and 3 steals in the 86-74 win over Sierra Canyon (CA) on Saturday at the Metro Classic, Curbelo had 10 points, 10 assists, 8 rebounds and 5 steals against Jonathan Kuminga and the Patrick School. Ohio State-bound big man Zed Key was dominant in the paint with 37 points and 16 rebounds. For the two games, Curbelo averaged 17.5 points, 9 rebounds, 8 assists and 4 steals. Curbelo, who missed out on the McDonald’s All-American Game, appreciated having Underwood and the Illinois assistants at the game. They also recently offered LuHi junior guard, Rafael Pinzon, another Puerto Rican who will participate this weekend in the prestigious Basketball Without Borders Camp at NBA All-Star. “That’s great, it shows a lot of love, a lot of interest still,” Curbelo said of the Illinois coaches flying in. “I committed there, so they come to my games. That just shows how much they care about me, how much they want me. Even though I’m still committed, they show love.”

IN THE GYM – Long Island Lutheran (LUHI) https://t.co/ybn0ePiWpJ via @YouTube

Curbelo is part of a recruiting class that also includes Prolific Prep (CA) forward Coleman Hawkins and Morgan Park (IL) point guard Adam Miller. Miller is ranked No. 29 by ESPN.com and Curbelo 48. “It’s exciting,” Underwood said. “We’re a real young team on paper and we’ve made great strides in terms of building the program but you add Andre and Coleman and we’ve got another piece committed. The future is very bright, we’re really excited.” Underwood praised Curbelo’s maturity and leadership. He came to the U.S. three years ago barely knowing any English. He and LuHi assistant coach Jay David used Google translate to communicate a lot. After living in the dorms at LuHi and being around English-speaking students at a school filled with international students, Curbelo is now a tremendous communicator and interview.

Asked if he ever coached anyone like Curbelo before, Underwood said, “I had Jawun Evans at Oklahoma State. A lot of similarities. I think Dre’s a better athlete than Jawun but he elevates everybody else around him on the court and he’s probably for a young kid, the best leader I have seen. Every coach in America is looking for the leadership qualities that he has.” Curbelo said he can’t wait for the challenge of the Big Ten, where he will face off against Key and Ohio State. LuHi will finish out its regular season this weekend before looking to defend its New York State Federation title next month in upstate New York. “As a freshman, a lot of college kids, they get a little shy,” Curbelo said. “But big-time recruits, that’s what you gotta do as a freshman. You gotta come in, do some leadership as much as you can and as much as your coach lets you do. “So I’m going to try to go there and do my best, be positive, help every kid that I can because that’s just what I do.” UNDERWOOD GIVES AYO DOSUNMU UPDATE An MRI revealed Illinois star sophomore guard Ayo Dosunmu suffered “no structural damage” to his injured left leg Wednesday. “ “He’s day-to-day,” Underwood said. “He didn’t practice [Thursday] but there’s no structural damage so we’ll see how it plays out and once he gets a few days of treatment and actually practices on it.” Photo: LuHi Basketball Follow Adam Zagoria on Twitter And Like ZAGS on Facebook