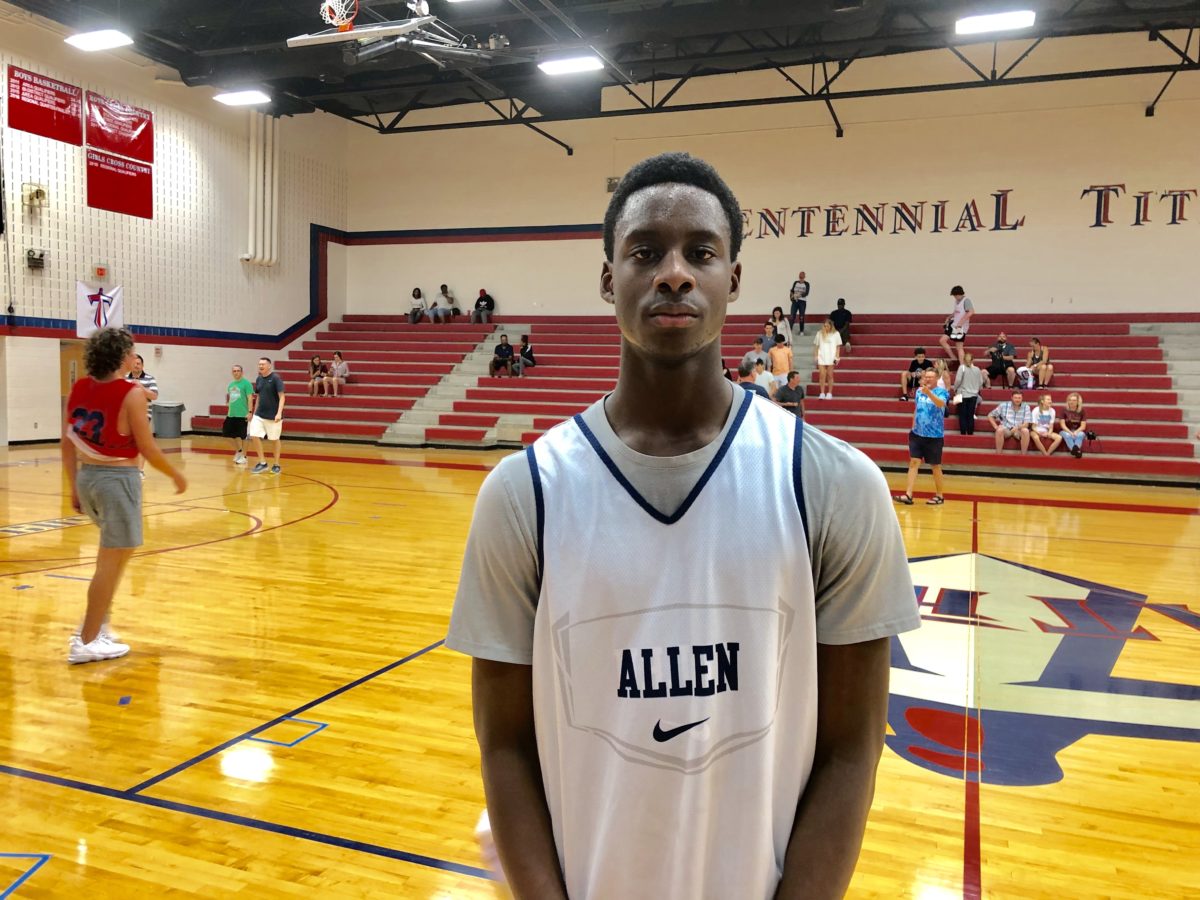 By RYAN McMULLEN Manny Obaseki, the 6-foot-2 guard from Allen (TX), took an official visit to Oklahoma on Feb. 8. He broke down his visit and recruitment with ZAGSBLOG. “The people there are so sweet and so nice,” he said. “They have a great environment full of love and everybody is so cool with one another. I love the gym, as well as the dorms, and the facilities. It’s very beautiful.” He noted that Alabama, DePaul, Ohio State, Oklahoma, Oklahoma State, Texas, Texas A&M, and Texas Tech are recruiting him the hardest. Obaseki is looking to plan a visit to Texas A&M. Obaseki claimed that the biggest factors into his choice will be, “the type of environment as well as player development to take their kids to the next level. The coaching staff relationship and the role they will have me playing will also make an impact. “ He is playing for Texas Hard Work on the UAA circuit for this upcoming spring. According to 247sports, Obaseki is a four-star prospect, ranked No. 22 nationally and is the No. 3 combo guard. Follow Ryan on Twitter Follow Adam Zagoria on Twitter And like ZAGS on Facebook