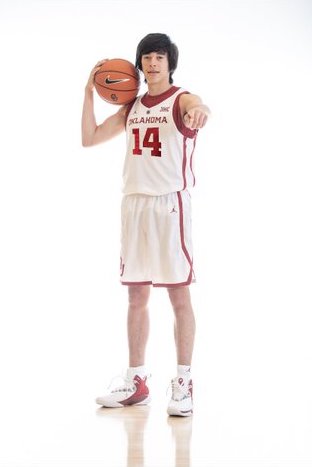 By JACOB POLACHECK Bijan Cortes, the 6-foot-1 point guard from Kingfisher (OK), announced his commitment to Oklahoma on Sunday, via Twitter. Thank you to Coach [Lon] Kruger and The University of Oklahoma staff for believing in my talents,” Cortes said in a statement released via Twitter. “I’m proud to say that I am officially a SOONER! 110% COMMITTED. #BOOMER!!!!”  Cortes chose Oklahoma over North Texas, Oklahoma State, Oral Roberts and TCU. He has taken a handful of unofficial visits to Oklahoma within the past calendar year. He is the first commit in the Sooners’ 2021 class. According 247Sports, Cortes is ranked as the No. 230 overall player in the Class of 2021 and the No. 3 player from the state of Oklahoma. Follow Jacob on Twitter Follow Adam Zagoria on Twitter And Like ZAGS on Facebook