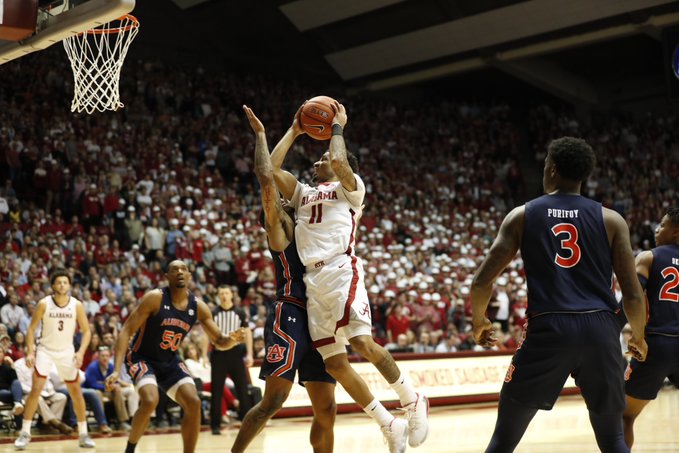 By JACOB POLACHECK Only one undefeated team remains in college basketball – The San Diego State Aztecs. Alabama defeated No. 4 ranked Auburn Wednesday, 83-64, giving the Tigers their first loss of the season. Sophomore guard Kira Lewis Jr. led the way for Alabama with a game-high 25 points. Junior forward Herb Jones added 14 points and 12 rebounds for the Crimson Tide. Alabama was able to shut down the Tigers’ offense, holding them to their lowest point total this season. San Diego State is now the only unbeaten team in college basketball at 18-0 (7-0 Mountain West) on the year. The No. 7 ranked Aztecs will face Nevada at home on Saturday. With a win, the Aztecs are likely to move up in the polls as Auburn joins No. 3 ranked Duke and No. 5 ranked Butler as the third top-five team to lose this week. Follow Jacob on Twitter Follow Adam Zagoria on Twitter And Like ZAGS on Facebook