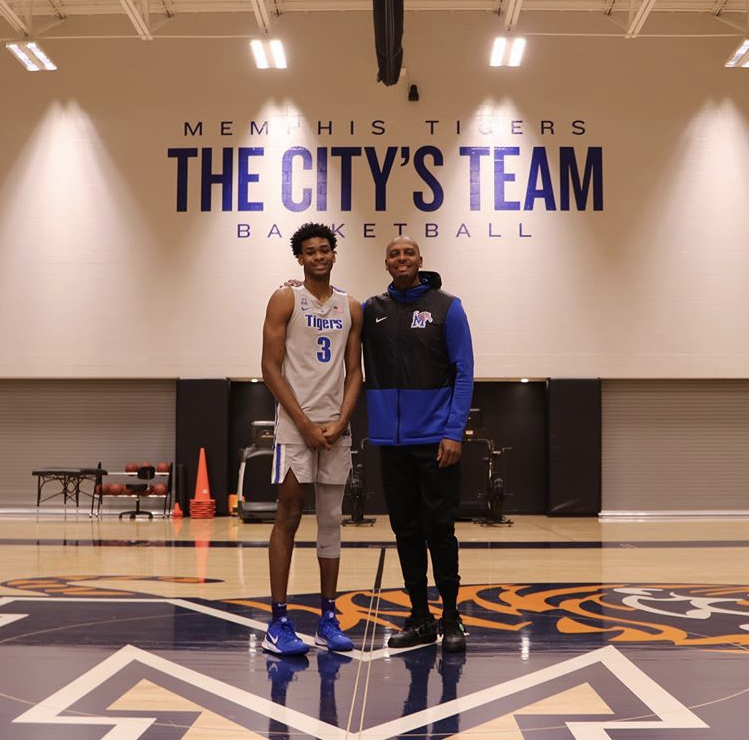 By ADAM ZAGORIA Greg Brown, the 6-foot-9 forward Vandegrift (TX) and the Texas Titans, is looking ahead to his upcoming visits to Kentucky and Michigan after a great visit to Memphis this past weekend. Brown will trip to Kentucky this coming weekend when the Wildcats host Alabama, and then will visit Michigan the weekend of Feb. 7 for the Michigan State game, as first reported by ZAGSBLOG. “I think the three schools that we have visited so far are definitely high on our list,” Greg Brown Sr. told Christian Fowler of 247Sports.com on his podcast. “We’re looking forward to this Kentucky visit this week to see what happens and how it goes and our Michigan visit as well. “

Five-star Greg Brown only needed five fingers for this dunk.

Shortly after, he couldn't miss from deep. Vandegrift over Westwood to stay undefeated in district.@KVUE | @gb3elite pic.twitter.com/T0fcC6FYOO

The No. 1 power forward in the Class of 2020 per 247, Brown has now visited Texas, Auburn and Memphis and been impressed by all three. He’s also considering Kentucky and Michigan after Michigan replaced North Carolina on his list. “Every visit that we’ve been on, after the visit I was like Greg’s probably going to this school,” his father said. “So with that being said after the Memphis visit I was like, ‘Oh snap, Greg probably might be going to this school.’ “It’s ultimately going to be his decision. The first three schools that we visited, I don’t think there’s a bad choice in going to any of those three schools. I do think each school has its advantages and maybe disadvantages to a certain degree.” He added: “I will say that the three schools that we visited so far, man it’s a race between those three for sure.” In Memphis, the Browns attended the high school game between IMG Academy (FL) and Briarcrest Christian (TN) and then attended the Georgia-Memphis game on Sunday won by potential No. 1 pick Anthony Edwards and the Bulldogs.

Greg Brown Sr. told Fowler he came away impressed that Memphis forward Precious Achiuwa, a projected lottery pick, brought the ball up court for Penny Hardaway’s Tigers. “If they’re going to let Greg bring the ball up, oh it’s going to be trouble,” his father said. Greg Brown Sr. said he was also impressed by the overall enthusiasm and appreciation both for Memphis basketball and for his son’s attendance at the game. Going forward, they have no timetable on a decision. “We’re just waiting until we can figure everything out,” Greg Brown Jr. said. “We’re going to wait until it plays out, I’m not in a rush, man,” his father added. “Being such a really good players, it allows you to kind of take your time. “We’re just going to take our time. We don’t want to make a bad decision. Not necessarily that we can make a bad decision, but at the same time we want to put Greg in a decision that people are saying he’s a Top 10 guy, we want to see if we can put him in a place where people are talking about he’s a top one, top two, top three guy. That’s where our decision is right now.” Follow Adam Zagoria on Twitter And like ZAGS on Facebook