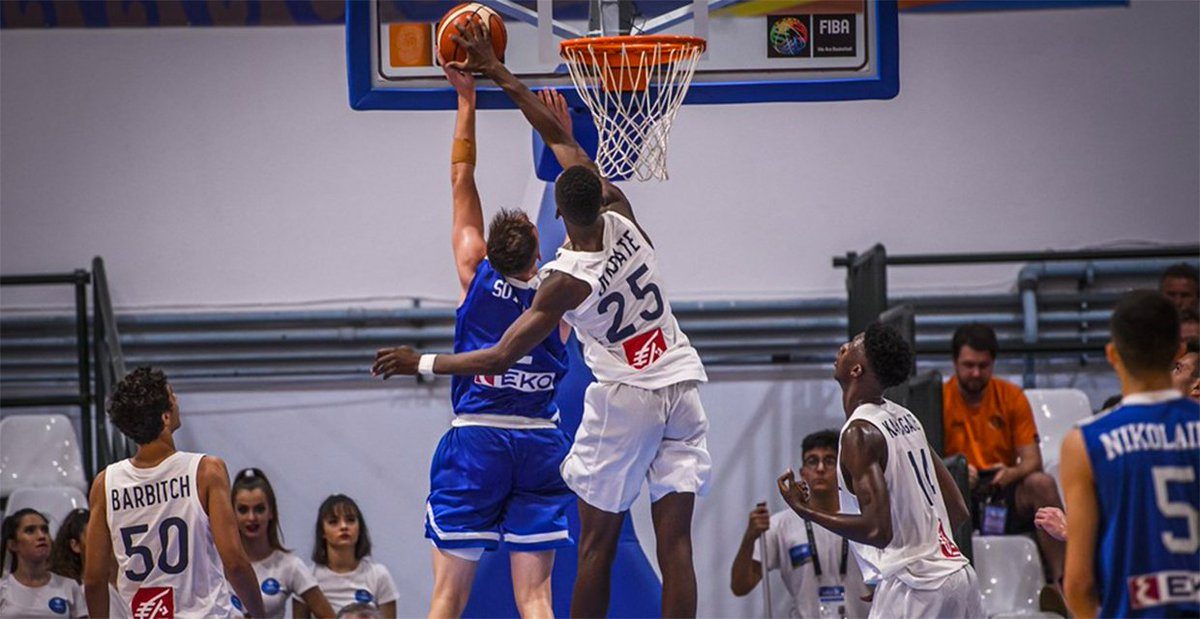 By SETH SOFFIAN FORT MYERS, Fla. – Galloping the floor with giant strides and disproportionately long legs that look almost like they reach his shoulders, Moussa Diabate drifted to the corner for a 3-pointer that helped key a fourth-quarter rally. Then the 6-foot-9, 190-pound junior buried another triple to help IMG Academy (FL) finish off Gonzaga Prep (Washington, D.C.) in the semifinals of the City of Palms Classic. The big shots were more signs of the continued rapid development both inside and out by the top-10 2021 prospect from France. It’s been enough that reclassification to 2020 is now on the table for Diabate, who turns 18 in January and is in his first season with IMG. “Moussa is going to continue to bust his (butt) the way he’s been doing, and then he’s going to sit down with his family at the end of the season and look at whatever option is best,” said IMG coach Sean McAloon. “Whether it’s to stay with us and continue to grow the way he is, or if he can find a spot that’s willing to take him and allow him to grow at a rate which he is now, then he’ll do that. We’re going to support him either way.” Diabate, who averaged 11.2 points and 11.5 rebounds for France this summer in the FIBA U18 European Championships, has said that Florida, Memphis and Michigan have been his steadiest suitors. Kentucky also paid him a visit in September. All are witnessing big strides for a player learning to add outside skills to an inside game based more around sinewy athleticism than rugged bulk. “He’s got amazing instincts, amazing motor,” McAloon said. “He’s selfless. He’s a hard worker. And sky’s the limit for him. He’s got a long way to go, and he knows it. “He’s been mostly kind of like a post. He’s learning the nuances of playing away from the basket – how to screen, how to read screens, how to be decisive with passing.” Diabate, whose parents are from the west African nations of Mali and Guinea, said he first started playing basketball at age 13. He acknowledged he needs to get quicker seeing and making passes and cutting down on traveling violations. But he said he’s relishing the task. “I love competition,” he said. “I love everything about it. I know I still need to keep working.” IMG (7-1), slated to face Montverde (9-0) in the City of Palms final Monday night, runs very little post plays for Diabate, who’s just fine with that. “I’m comfortable (outside),” he said. “I like it. I can’t forget that the paint is also really important. I still need to learn and get better at the post and outside also. The more options you have, the better it is.” Follow Seth on Twitter Follow Adam Zagoria on Twitter And Like ZAGS on Facebook