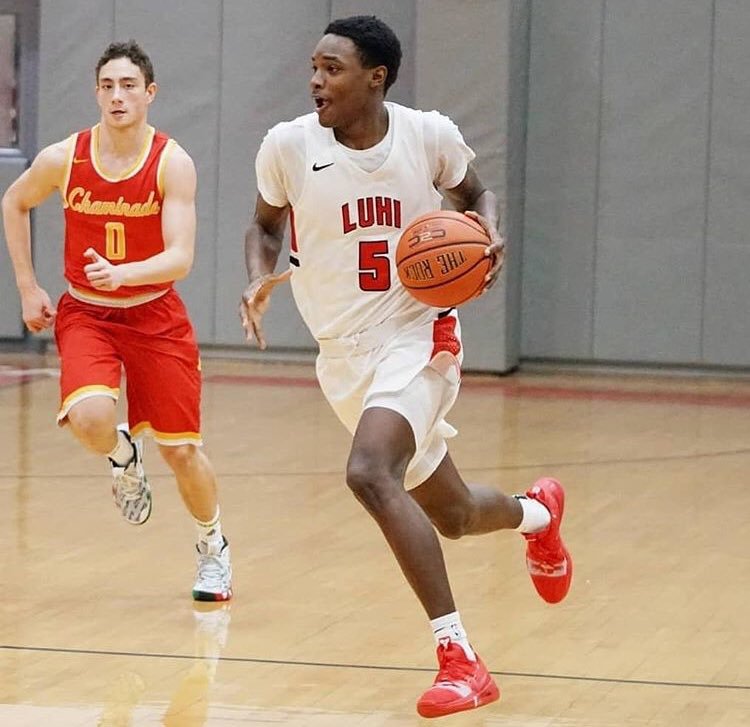 By ADAM ZAGORIA Jalen Celestine, the 6-foot-7 wing from Long Island Lutheran and the NY Jayhawks AAU team, committed to California on Tuesday. He also considered Hofstra. “I chose Cal because as soon as I stepped on campus I felt at home,” he said. ‘The coaching staff welcomed me with open arms and I loved it.” A native of Canada, Celestine shot 44 percent from 3 last year as a junior, and averaged 16 pts, 6 rebs and 3 assists with UPlay Canada on the EYBL Circuit this summer. Celestine joins point guard Andre Curbelo (Illinois) and power forward Zed Key (Ohio State) among LuHi commits going Division 1. They have a loaded schedule this season, including a date with Bronny James, Zaire Wade and B.J. Boston at the Metro Classic in February in Toms River, N.J. “I think Jalen is one of the more underrated combo guards in the country,” Jayhawks and LuHi coach Jay David said. “He can score at all 3 levels and guard all 3 guard spots. He’s just starting to scratch the surface and is full or potential.” Said LuHi head coach John Buck: “First off, Jalen Celestine is one of the most genuine and pure hearted kids I’ve ever coached. If my sons turn out to be like him, I will be proud. “As a player, Jalen is extremely versatile. He can guard four positions and score from the perimeter and off the bounce. He is very skilled and has a high basketball IQ. He is the type of player that can quietly score 15 points and help lead his team to big wins.” Follow Adam Zagoria on Twitter And Like ZAGS on Facebook