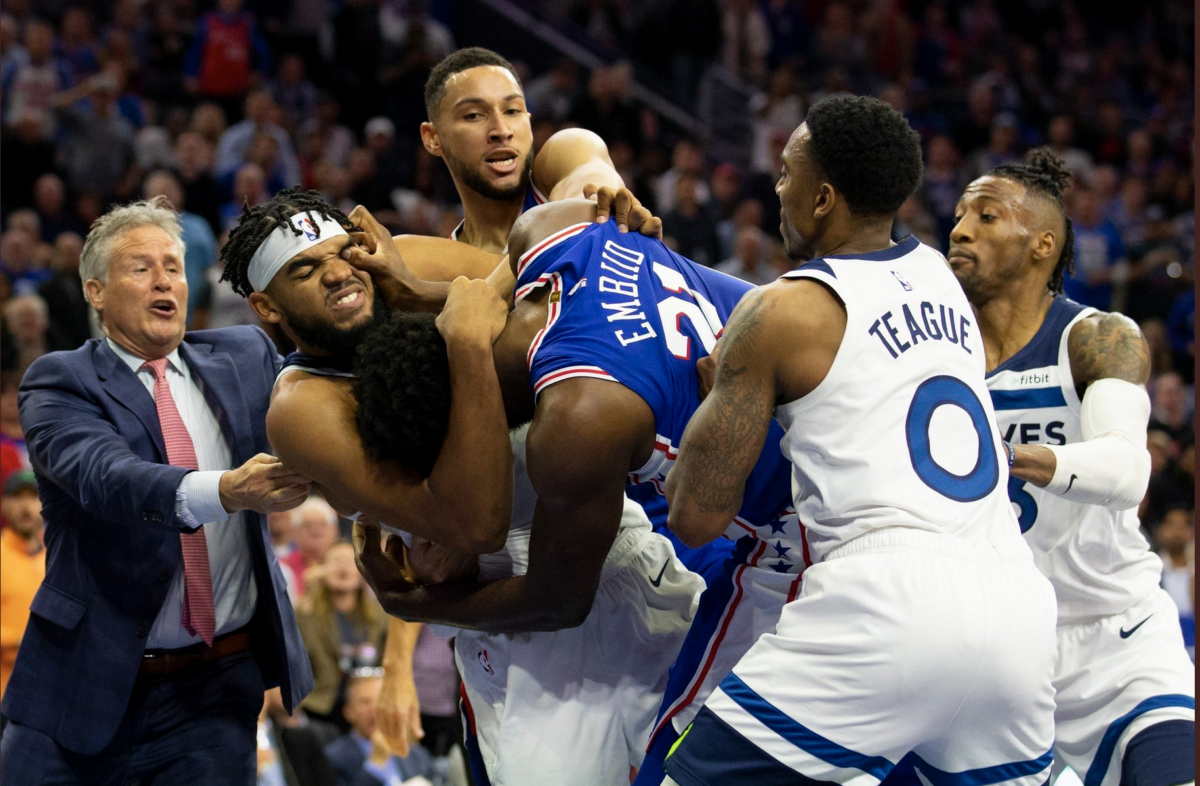 Philadelphia 76ers center Joel Embiid and Minnesota Timberwolves center Karl-Anthony Towns have each been suspended two games without pay for their roles in an on-court altercation and for their continued escalation following the incident, it was announced today by Kiki VanDeWeghe, Executive Vice President of Basketball Operations.

The incident, in which Embiid and Towns engaged in a physical confrontation that involved wrestling one another to the floor, occurred with 6:42 remaining in the third quarter of the 76ers’ 117-95 win over the Timberwolves on Oct. 30 at Wells Fargo Center.

BENCHES CLEAR AS JOEL EMBIID AND KARL ANTHONY-TOWNS GO AT IT pic.twitter.com/pXrCukYQPK