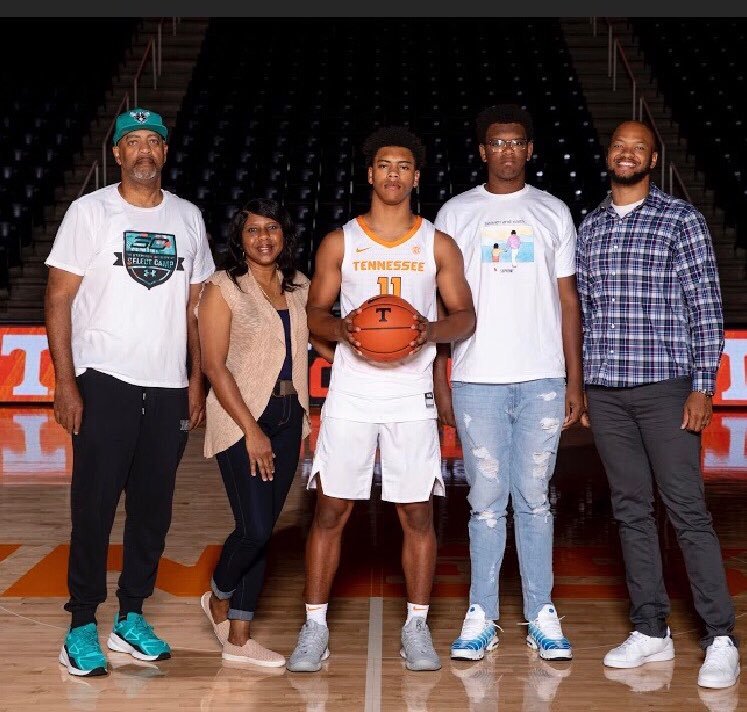 By ADAM ZAGORIA Jaden Springer, the 6-foot-5 shooting guard from IMG Academy (FL), is down to three schools and is expected to announce in the coming weeks, his mother told ZAGSBLOG. Springer is down to Tennessee, Michigan Memphis and completed his final official visit to Tennessee this past weekend. “Right now Jaden’s going to have a tough decision to make, I can tell you that,” Barbarita Springer, Jaden’s mother, said Wednesday by phone. “The relationships that we’ve built with all three schools, it’s going to be a tough decision for him.”

Jaden Springer and family would like to thank Coach Rick Barnes ⁦@DesmondOliver2⁩ ⁦@Vol_Hoops⁩ and the entire coaching staff. We appreciate the hospitality and thoughtfulness. Go Vols! pic.twitter.com/UiLvvQKa4g

Springer’s father, Gary Springer, is a former Rucker Park legend and Iona College star, while he is also a cousin of Atlanta Hawks wing DeAndre’ Bembry. At St. Joe’s, Bembry played for Phil Martelli, now an assistant under Juwan Howard at Michigan. Springer’s mother said she expects her son to decide sometime before November. “I know it will be before November,” she said. “It will definitely be before November. Now he’s taken all three of his visits and he’s just thinking about where he sees himself and what’s the best fit for him.” Follow Adam Zagoria on Twitter And like ZAGS on Facebook