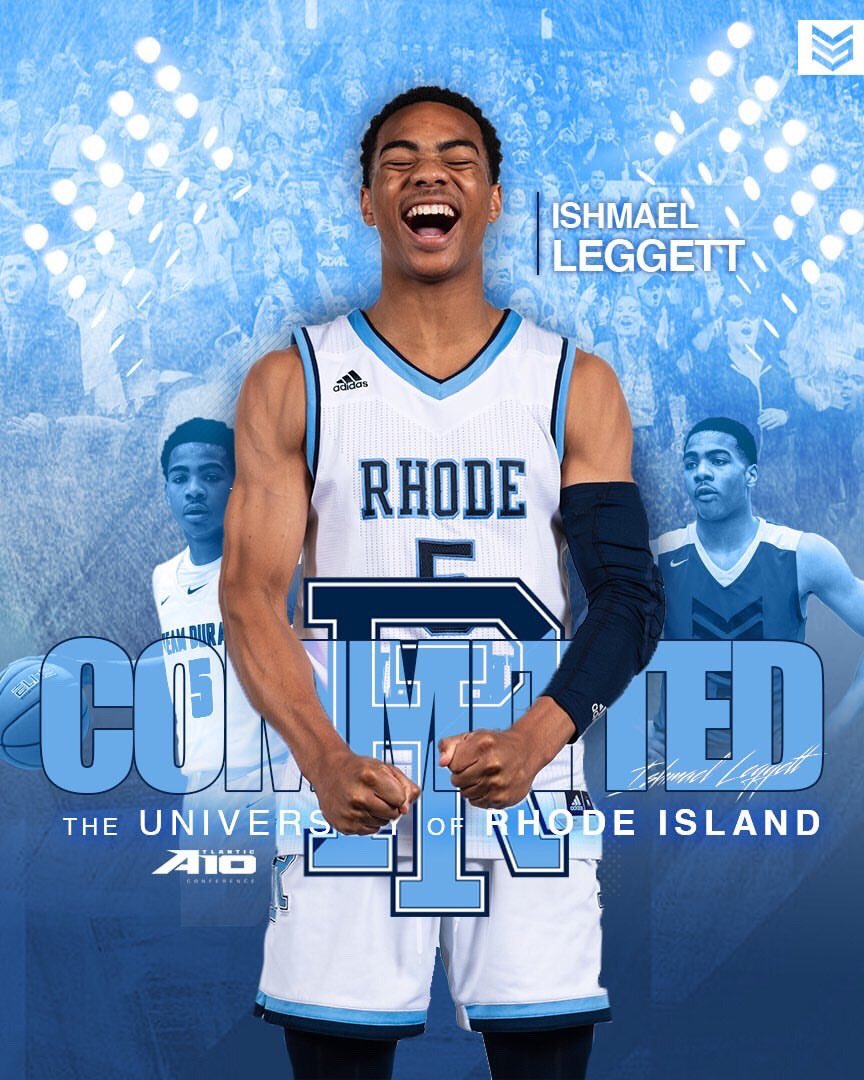 By ADAM ZAGORIA Ishmel Leggett, the 6-foot-2, 185-pound point guard from St. John’s College High School in Washington, D.C. and Team Durant, committed to Rhode Island on Thursday. He also considered UNC-Charlotte and had offers from DePaul, Illinois and South Florida. “I picked URI because of the strong relationship I developed with Coach [David] Cox and the staff,” he told ZAGSBLOG. “I believe in their ability to further my development of being a great basketball player and young man. The history between Rhode Island and St. John’s runs deep and it just felt like home on my official visit. Also, Rhode Island’s style of play what I do perfectly.” Leggett averaged 13.0 points, 4.5 rebounds, 3.0 assists and 2.0 last season as a junior, while shooting 57 percent from the field. “Ish is an incredible basketball player, young man, and teammate,” St. John’s coach Pat Behan said. “His ability to get in the paint is elite, and he has a knack for finishing in a variety of ways. He’s very unselfish and has a great basketball IQ. He is a very efficient shooter and scorer. He’s a great defender that plays every possession like the last. More than anything, he’s extremely tough-minded.” Leggett is Rhody’s second 2020 commit following point guard Elijah Wood. “I will bring a spark of energy on both sides of the ball,” he said. “Managing the floor, attacking the rim, and making the right play are some things that I especially excel at. I will work hard under any condition while at Rhode Island and am excited to start my next chapter.” Follow Adam Zagoria on Twitter And Like ZAGS on Facebook