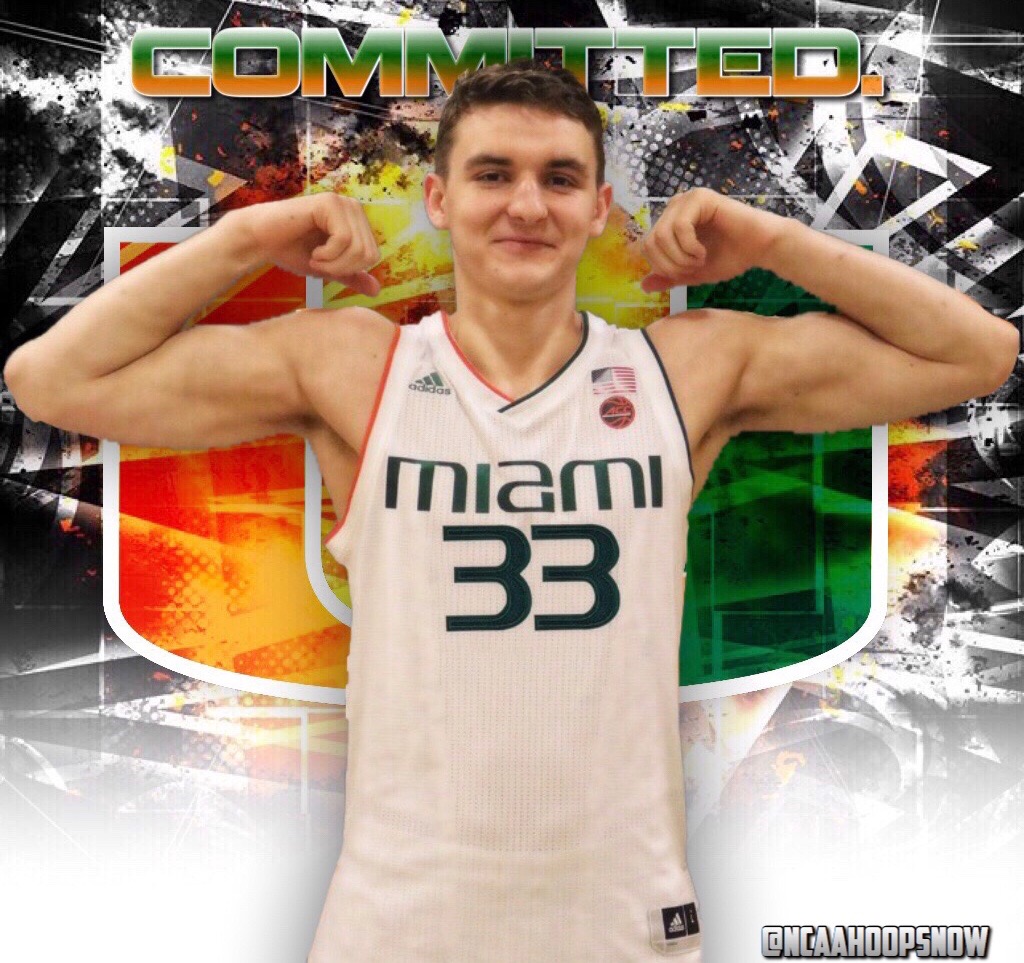 By: RYAN McMULLEN Matt Cross, the 6-foot-6 wing from Brewster Academy (NH) and BABC AAU, announced his pledge to Miami on Tuesday evening. He broke down his decision with ZAGSBLOG. “I chose Miami because I feel that the coaches are the type of people that I can relate to and are similar to the people around me,” he said. “Also the connections around me with Miami coaches, such as my AAU coach Leo Papile, whose word means a lot to me, and the atmosphere. I feel the people at Miami will help me mature as a person.” Cross picked the Hurricanes over Butler, Florida, Indiana, South Carolina and Texas A&M. This year on the Nike EYBL Circuit, Cross averaged 23.3 points and 9.5 rebounds in 18 games played. According to 247Sports, he is a four-star prospect, ranked No. 78 nationally, and is the No. 1 player in New Hampshire. Follow Ryan on Twitter Follow Adam Zagoria on Twitter And like ZAGS on Facebook