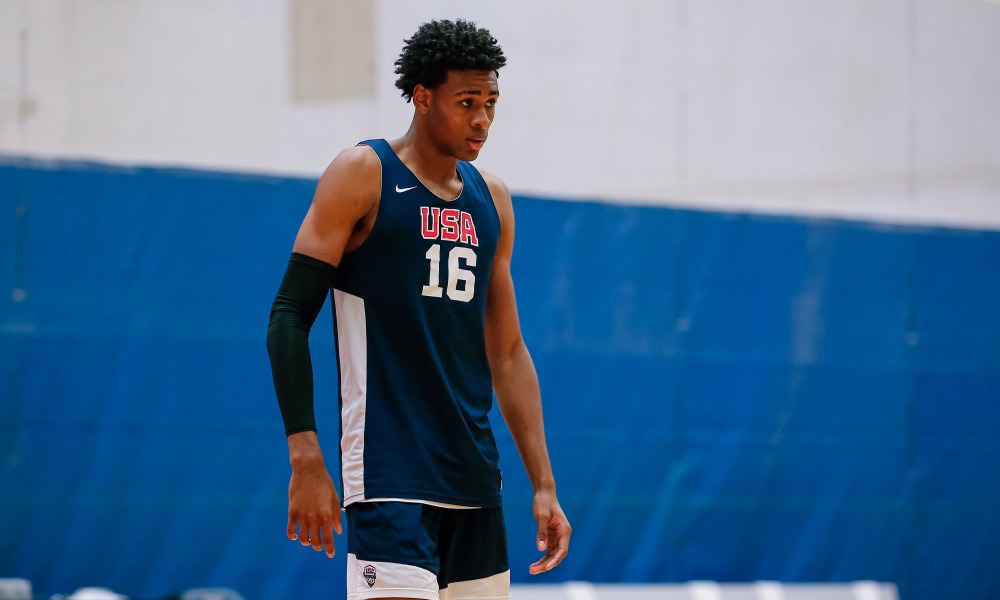 By RYAN McMULLEN & ADAM ZAGORIA Greg Brown, the 6-foot-9 forward Vandegrift (TX) and Texas Titans, has now set four official visits. Brown recently announced his final five schools that include Auburn, Kentucky, Memphis, North Carolina, and Texas. He will take his first official visit to Texas (Sept. 5), prior to taking his second official to Auburn (Nov. 30). To kick off the New Year, he will head to Memphis (Jan. 4) and then head to Kentucky (Jan. 10).

Brown will take an unofficial to North Carolina (Sept. 27) but has not set an official there. This year on the EYBL circuit, he averaged 18.7 points and 8.5 rebounds through 17 games of play. According to 247Sports, he is ranked No. 7 nationally and is the No. 1 player from Texas. Follow Ryan on Twitter Follow Adam Zagoria on Twitter And like ZAGS on Facebook