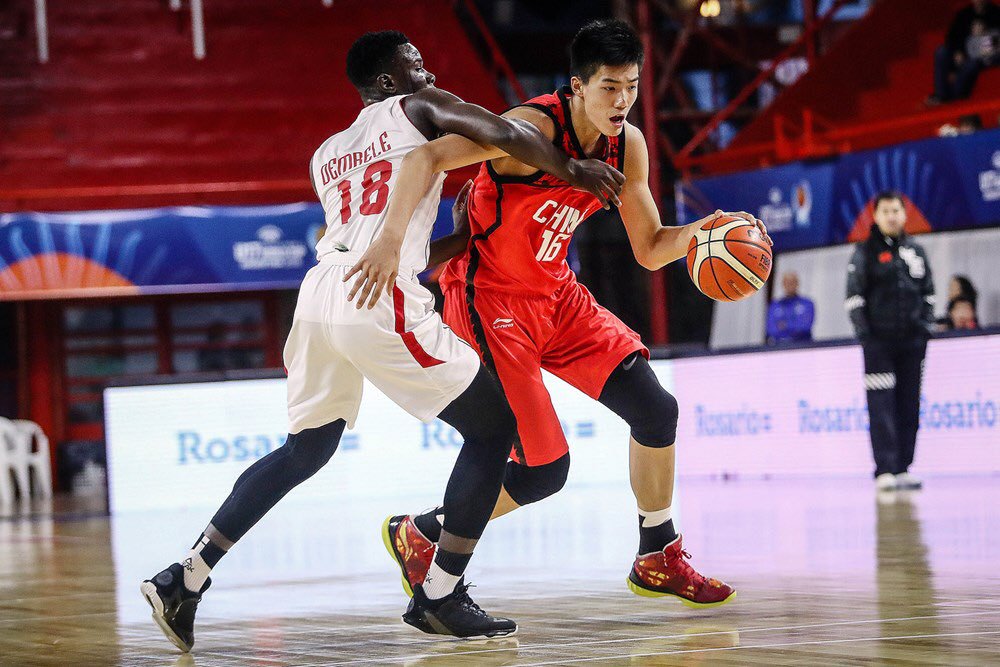 By ADAM ZAGORIA The Patrick School has added a pair of elite big men who should give the New Jersey school one of the top front lines in the nation. The Celtics have added Adama Sanogo, a 6-foot-9 Class of 2021 prospect who was previously at Our Savior New American and holds offers from Oregon, Creighton, TCU, Rutgers, among others. Sanogo runs on the Nike EYBL circuit with the NY Rens.

Class of 2021 @NYRhoops C Adama Sanogo is now enrolled at @patrickschool after leaving Our Savior, a source tells me.

He will be a major addition for the Celtics. Holds offers from Oregon, Creighton, TCU And Rutgers among others

The Patrick School also added Boqiao Jiao, a 6-11 Chinese big man who averaged 12 points and 9 rebounds per game for the Chinese team at the 2018 FIBA U17 World Cup in Argentina “Our frontcourt could be as good as we have ever had at The Patrick School/ St. Pat’s, which is saying a lot when you look at all the great players to have graduated from our school,” TPS coach Chris Chavannes said.

16 year old Chinese center Boqiao JIAO held his own for the best he could against Team USA. JIAO stands 6’10 hustled and showed off some offensive skill in the blowout loss. pic.twitter.com/XqMSRWmbZZ

The Celtics also return 6-9 Samson Johnson and 6-8 Muhammad Sow, as well as guards Dionte Johnson and Jayden Pierre. The Patrick School has won five New Jersey Tournament of Champions titles, most recently in 2017 with a team led by current Kentucky big man Nick Richards. The school has produced a slew of NBA players, including Kyrie Irving, Michael Kidd-Gilchrist and Al Harrington. Photo: @dale_mock Follow Adam Zagoria on Twitter And Like ZAGS on Facebook