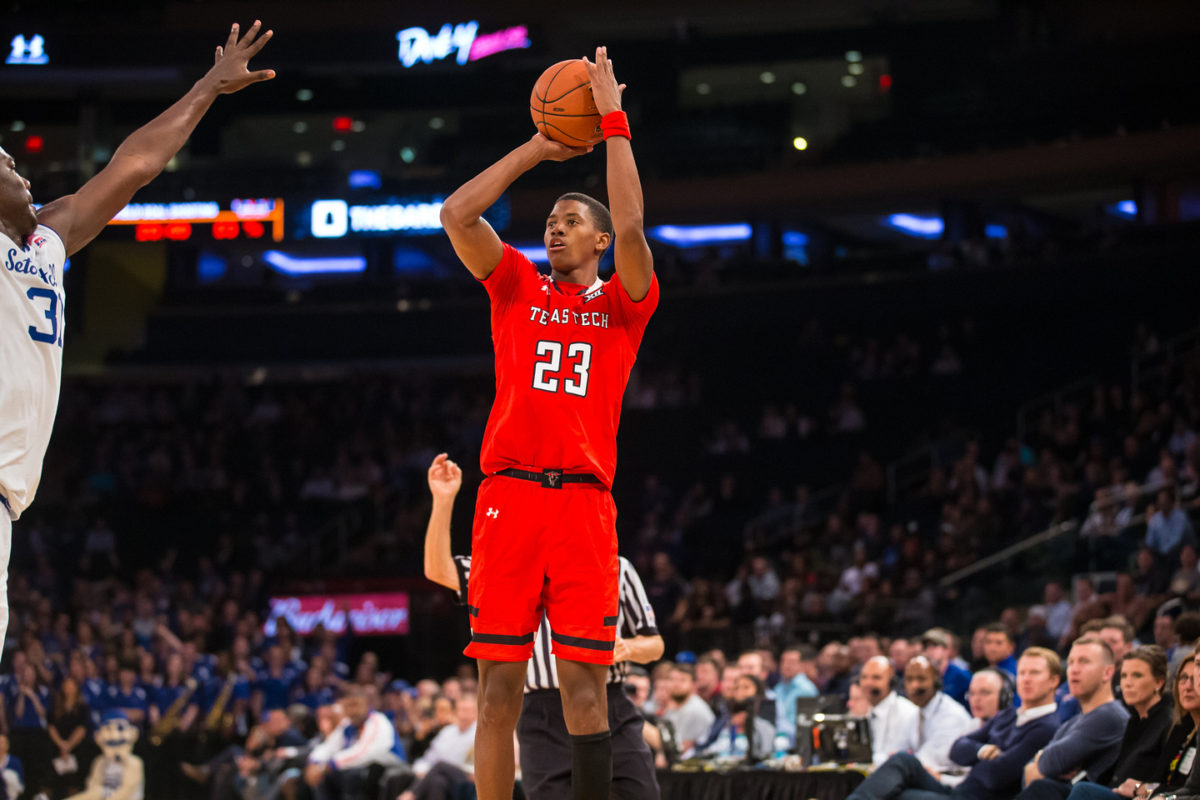 I want to thank God and my family for the talent to play this game and always supporting me.

Thank you Texas Tech, my coaches & teammates, and Lubbock. We did things people thought weren't possible because of you. ?? It's time to take the next step, always a Red Raider❗️#4To1 pic.twitter.com/OrH5M64qkQ — jarrett culver (@jarrettc08) April 18, 2019

In his second season as a Red Raider, Culver was a consensus All-American and was named Big 12 Player of the Year in a season where he led his team to the NCAA Championship game. Culver led Texas Tech in points, rebounds and assists per game with 18.5, 6.4 and 3.7, respectively. A Lubbock, Texas native, Culver became the first player in program history to eclipse the 1,000-point milestone in his first two seasons. Culver scored 1,119 points in 75 games.

Now, he’s moving on to the pinnacle of the sport. Thank you for everything, @jarrettc08. Forever a Red Raider, forever a part of Lubbock, Texas. ?#4To1 | #WreckEm⚫️ pic.twitter.com/L3PnKophwU — Texas Tech Basketball (@TexasTechMBB) April 18, 2019

In its latest mock draft, ESPN had the 6-foot-6 Culver projected to be selected with the No. 6 pick by the Washington Wizards. Photo: Texas Tech Athletics