Twins Julian and Justin Champagnie to decide soon, will go 2019 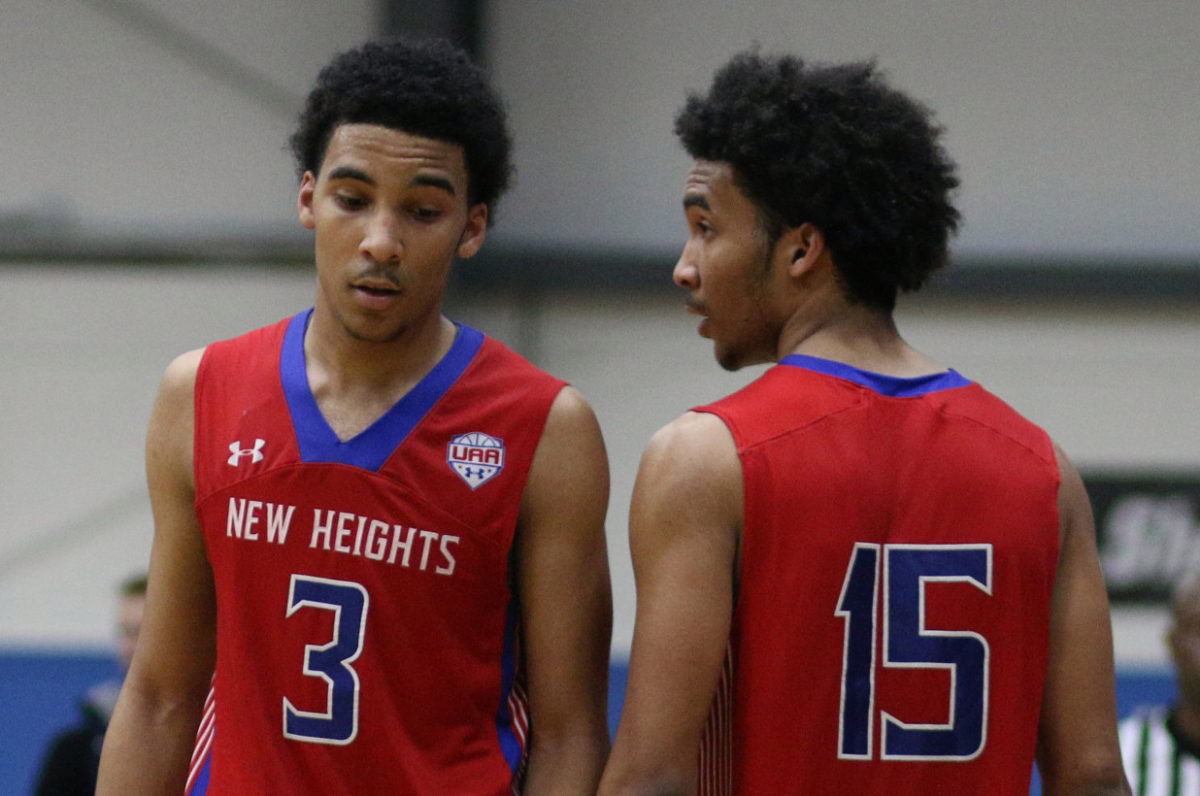 By ADAM ZAGORIA  NEW YORK — Twins Julian and Justin Champagnie will make a college decision in the next week or so and plan to enroll in 2019. “We’re going to make a decision sometime this week or the beginning of next week,” Julian told me after his Bishop Loughlin team lost to Christ the King, 72-61, in the CHSAA AA semifinals at Fordham University on Thursday. Pittsburgh, Rutgers, St. John’s, Seton Hall and Tulane are all in the mix for 2019, he said. The 6-foot-6 twins had also considered prepping and going to college in 2020. “I’ve been to every school,” Julian said, adding they are done with visits. Asked if he and his brother were definitely going together, Julian said, “Yeah.”

Pitt head coach Jeff Capel among those here for twins @JusChampagnie and @JulianChampagn2 who could go 2019 or 2020. Also here for 2021 @moussacisse224 pic.twitter.com/j2A16Jv9Qo

Pitt coach Jeff Capel sat courtside and St. John’s assistant Matt Abdelmassih was also in the house. Julian shot 5-of-13 for 15 points, 10 rebounds and 4 steals while Justin was 0-of-8 for 4 points and 2 rebounds. Asked what Pitt’s message was, Julian said, “Come, we really like you guys.” He said that all of the schools have the same message. “All the same thing,” he said. As for what skillset they will bring, he said, “For me, I’m more of a bigger guard and Justin’s more of a powerful, aggressive person so we hope to bring that to whatever school we go to.” Photo: NY Post Follow Adam Zagoria on Twitter And like ZAGS on Facebook