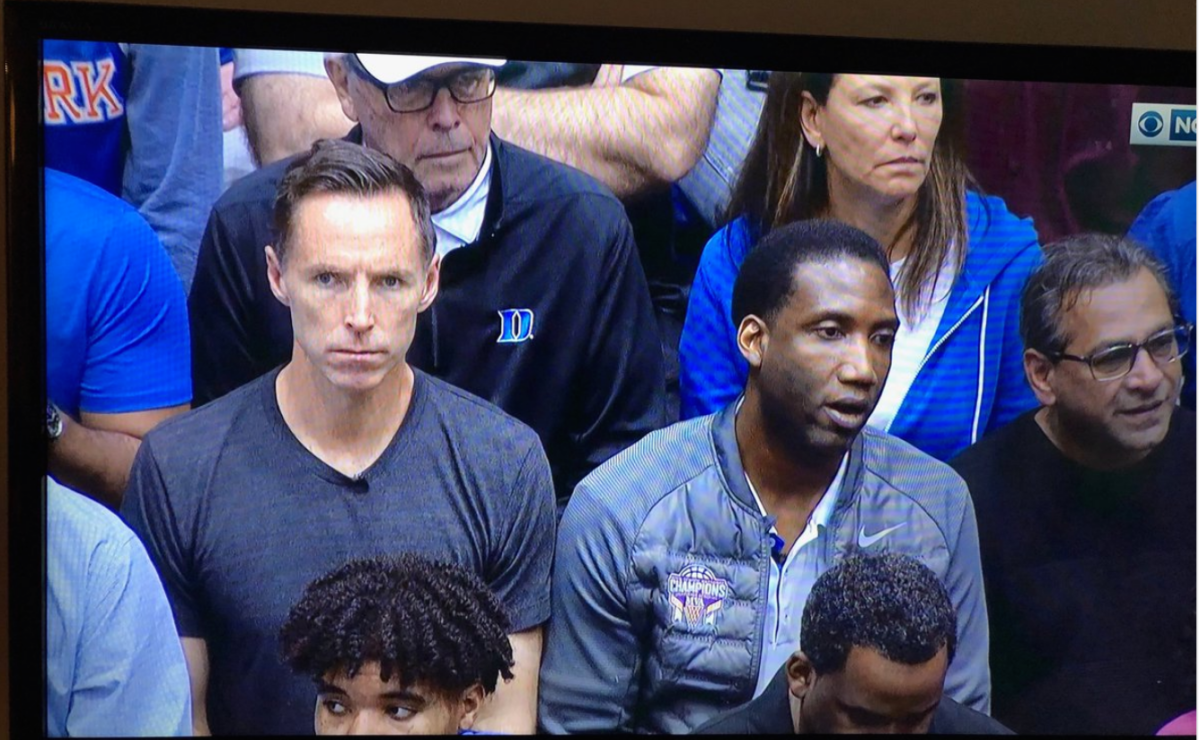 By ADAM ZAGORIA Steve Nash was in the house Saturday at Cameron Indoor Stadium to watch his Godson. R.J. Barrett did not disappoint, putting up 19 points, 10 rebounds nad 7 assists as No. 3 Duke routed Miami 87-57. “It was amazing just to see him up there coming to support me,” Barrett told reporters. “It meant a lot to me.” Nash sat next to Rowan Barrett Sr., R.J.’s father and his former teammate on the Canadian National Team. “It’s a bonus when your Godson is the best 17-year-old basketball layer on the planet,” Nash, the two-time NBA MVP, told Bleacher Report a year ago.

NBA legend Steve Nash tells us why his godson, 2018 No. 1 recruit RJ Barrett, is the real deal ? pic.twitter.com/38RWllywQc

“He’s my Godfather so whenever I need something, just a quick text and he gets back to me,” Barrett told BR. Barrett, the 6-foot-7 Mississauga, Ontario, native, is averaging 23.3 points, 7.4 rebounds and 4.1 assists and has become Duke’s No. 1 option while national player of the year candidate Zion Williamson has been sidelined for three straight games with a mild right knee sprain. Barrett is widely projected as the No. 2 pick in the NBA Draft behind Williamson. Nash said the last time he played Barrett in one-on-one was the summer of 2015. “I beat him,” he said. “It was closer than I would’ve liked it to be and I’m going to take that win and rnun with it and hopefully never have to defend it in my life.”