Virginia Tech continues to own Duke in Feb. 26 games 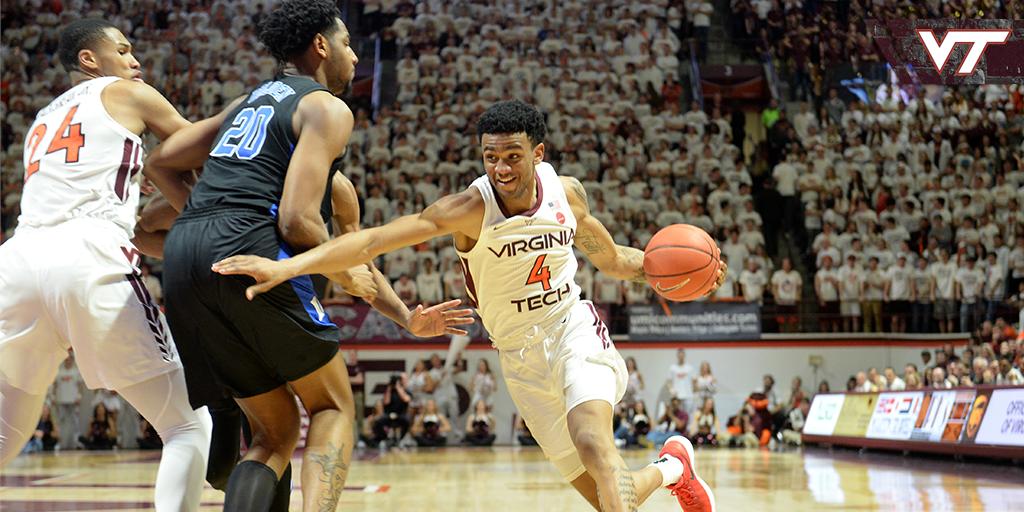 By ADAM ZAGORIA Virginia Tech continues to own Duke in games played on Feb. 26. In the latest matchup on that date, the No. 20 Hokies downed the No. 3 Blue Devils, 77-72, in Blacksburg behind 23 points and 10 rebounds from junior forward Kerry Blackshear. Playing without injured guard Justin Robinson (left foot injury), Virginia Tech (22-6, 11-5 ACC) got 17 points, 4 rebounds and 3 assists from Ahmed Hill and 13 points, 6 assists and 5 rebounds from Nickeil Alexander-Walker. Ty Outlaw’s 3-pointer gave the Hokies the lead for good at 73-70.

It was the third straight time Virginia Tech knocked of a top-5 Duke team at home. They also beat No. 1 Duke on this date in 2011 and No. 5 Duke on Feb. 26 last year. “I’m not sure why we always play them at the end of February,” Virginia Tech coach Buzz Williams said on ESPN. Asked about Blackshear’s performance, Williams said, “I’ve heard people say he may be the best big in the league. I think we may be cutting it too short. He’s one of the better players in the country. His basketball IQ is through the roof and because of our other guys, that’s what’s allowed him to be so effective in the month of February.” Duke (24-4, 12-3) lost its first true road game of the season and has now lost two of three games since Zion Williamson was injured last Wednesday in the loss to North Carolina. He sat on the bench in sweats and remains day-to-day with a right knee sprain. There is no timetable on his return. Despite battling a stomach illness, R.J. Barrett had 21 points on 8-of-15 shooting with 5 assists and 4 rebounds and Cam Reddish scored 17 points with 6 rebounds. Marques Bolden tallied 14 points off the bench.

Per Coach K, Duke’s RJ Barrett was hit with a stomach illness not long before the game. Kept having to run back to locker room for, well, relief during first half. Still finished with 21 points after missing his first six shots of the game.