Source: UCLA 'going hard after Tony Bennett and he has not said no yet' | Zagsblog
Follow @adamzagoria

Source: UCLA ‘going hard after Tony Bennett and he has not said no yet’ 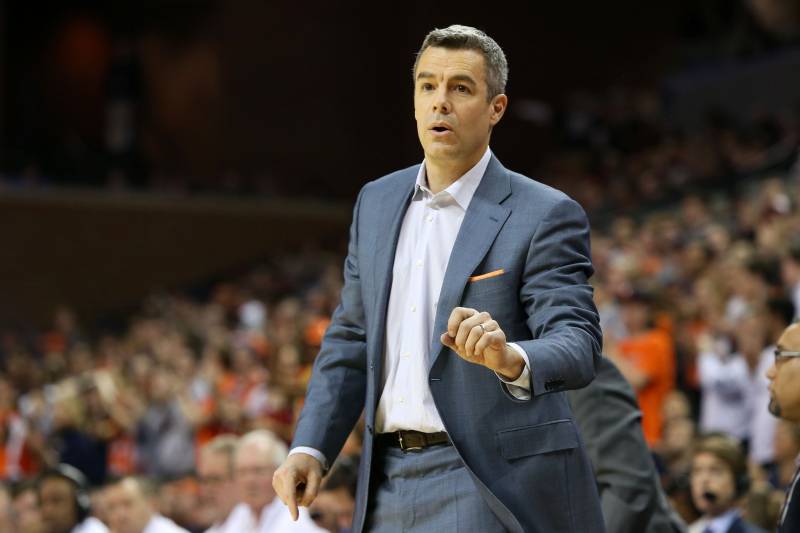 By ADAM ZAGORIA UCLA is targeting Virginia coach Tony Bennett as its next coach and he hasn’t turned them down yet, a source told ZAGSBLOG Thursday. “They are going hard after Tony Bennett and he has not said no yet,” the source said. Yahoo’s Pete Thamel wrote last week that UCLA “covets” Bennett, and multiple sources confirmed that he is among their top tier of targets. Still, many in the industry find it hard to believe that Bennett, 49, would ever leave Virginia for UCLA, which though a blue blood is not the program it once was. Bennett is 240-88 (.732) in nine-plus seasons at Virginia and has them positioned for yet another No. 1 seed in the NCAA Tournament.

I have a better chance of being voted the sexiest man on tv than @UCLA getting Tony Bennett of ⁦@UVAMensHoops⁩ to leave & take the UCLA job . It will not happen. https://t.co/XNv4dSTH5M

One source close to UCLA said the “only issue with Bennett is the grinding pace” of his style of play. “That cost [former coach Ben] Howland,” the source said. “They never embraced him because of his defensive approach. The low-scoring and methodical pace was not appreciated by Coach [John] Wooden or the fans.” UCLA fired Steve Alford last year, owing him a reported $4.5 million. Under interim coach Murry Bartow, UCLA is currently 13-12, 6-6 in the Pac-12. Other names being considered at UCLA include former Chicago Bulls and Iowa State coach Fred Hoiberg, Cincinnati coach Mick Cronin, Texas Tech coach Chris Beard, Marquette coach Steve Wojciechowski and Houston’s Kelvin Sampson, sources said. “All of them are in the mix,” a third source said. “But they’re still in season so it’s difficult to know who’s truly interested from that group.” The next UCLA coach will be the 10th since John Wooden departed in 1975. That’s 10 in 44 years, about the same average tenure as a typical UCLA student. One longshot name to keep in mind is Lakers coach Luke Walton, who could be in play at UCLA and his alma mater Arizona if that Pac-12 school opted to move on from Sean Miller. There is widespread speculation that the Lakers will part ways with Walton, possibly before the season ends, and you can already get good odds on Jason Kidd, Tyronn Lue and Mark Jackson replacing Walton.

Pretty hilarious. You can get 500/1 on LaVar Ball as the next Lakers coach via ⁦@betonline_ag⁩ pic.twitter.com/tLU11zb27A