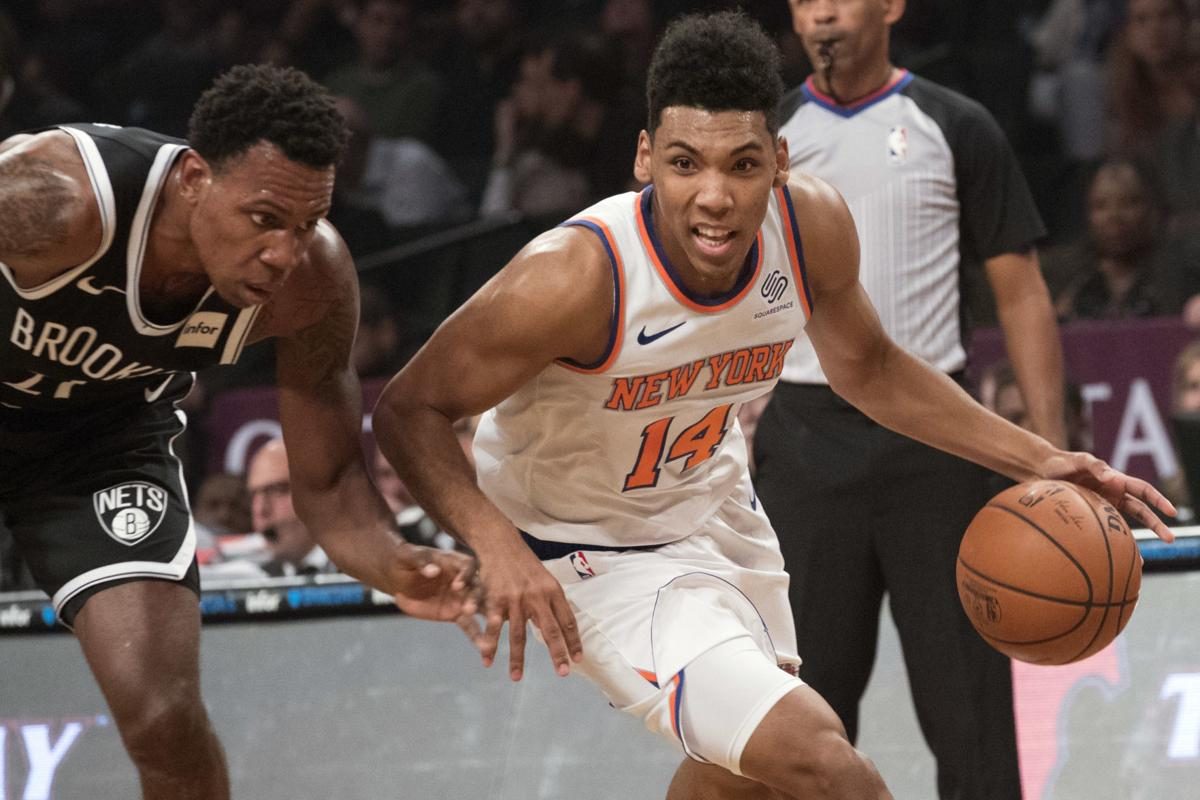 By ADAM ZAGORIA The Knicks this week are expected to convert Allonzo Trier’s Two-Way Contract to a standard NBA contract, a source told ZAGSBLOG. After going undrafted, the 6-foot-5 Arizona product is averaging 11.3 points and 3.1 rebounds for the Knicks (8-20). He has scored more than 20 points four times, including a season-high 25 with 8 rebounds and 4 assists against New Orleans on Nov. 23. “We’ve had some talks about it and it’s something that I’m sure we’ll figure out soon,” Trier told me of his contract situation in October for this Arizona Daily Star feature. “That’s all I can really say. It’s kind of between management and me and my agent and stuff like that.”
Trier was in a unique position because, per his two-way contract, he can only spend a maximum of 45 days with the Knicks, while the remainder would be spent with their G League club, the Westchester Knicks. But he has clearly proven he doesn’t belong in the G League. The Knicks could cut Ron Baker or Luke Kornet to make room for Trier on the 15-man roster, the New York post reported.
“They’ve done a great job of making me feel like I’m welcome here,” Trier told me. “They treat me like I’m one of their picks. They say they’re very excited about the future and having me right now.
“They’re looking forward to changing this culture and turning this into something really special.”
Photo: Mary Altaffer / The AP Follow Adam Zagoria on Twitter And Like ZAGS on Facebook