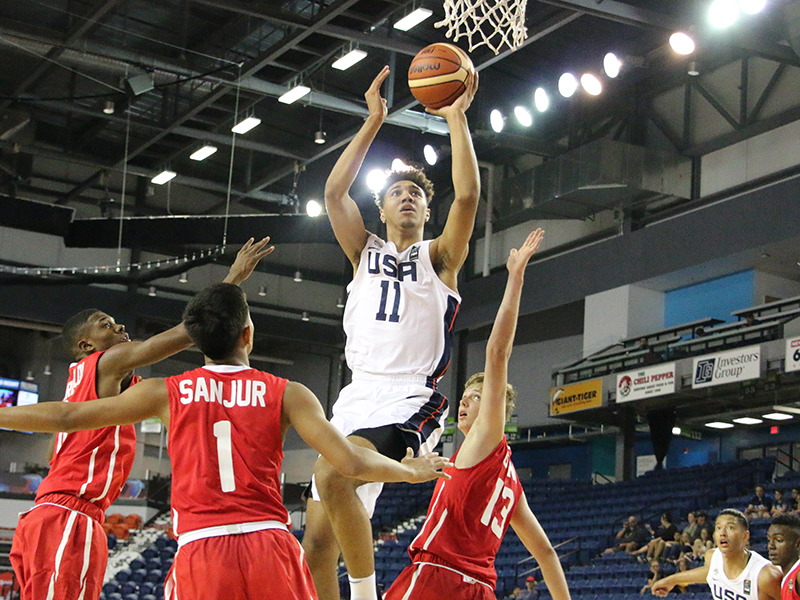 By ADAM ZAGORIA Trayce Jackson-Davis, the 6-foot-10, 228-pound forward from Center Grove (IN), has cut his list to three schools Jackson-Davis is down to Indiana, Michigan State and UCLA. He cut Wake Forest, Iowa and Purdue from his previous list of six.

He visited UCLA (Aug. 31), Indiana (Sept. 28) and Michigan State (Oct. 5), and has no timetable on an announcement. “Not at the moment,” he said Friday. Jackson-Davis is the son of former NBA power forward Dale Davis, who has been an inspiration and role model for his son. “It’s a great help,” Trayce said in Canada where he helped the USA U18 team win a gold medal in the FIBA U18 Americas Championship. “He teaches me things. he helps me out with stuff. But he’s always there and he tries to help me be better ever day.” Follow Adam Zagoria on Twitter And like ZAGS on Facebook