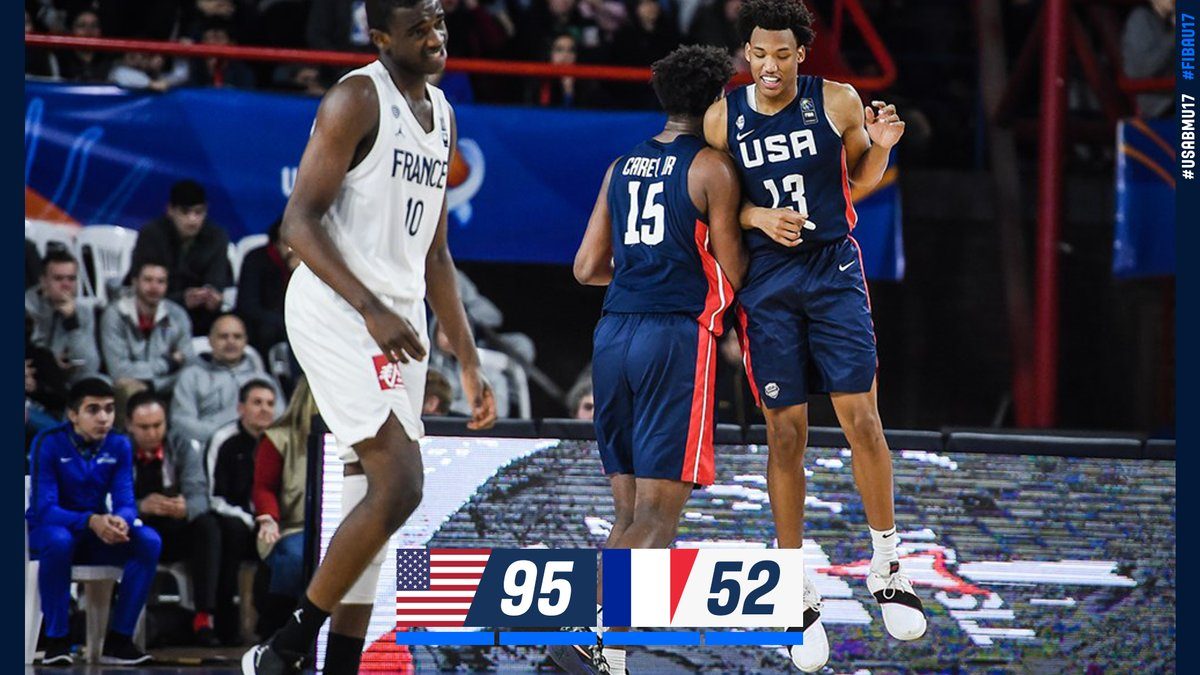 By ADAM ZAGORIA The USA is bringing home yet another gold medal from an international event. The Americans routed France, 95-52, to capture their fifth straight gold medal in the FIBA U17 World Championship. The USA improved to 37-0 all-time in the competition. Jalen Green was named MVP of the event after going for 11 points in the final and 25 in a semifinal rout of Canada.

Isaiah Stewart added 15 points and 9 rebounds in the gold-medal game, De’Vion Harmon had 14 points and Romeo Weems 12. “Oh man, it would mean the world, to be honest,” Stewart told me last month what it would mean to win gold. “You’re going to a different country to represent your country and you’re playing to prove you’re best in the world. You’re going to get that gold and bring it back here to the United States, proving to everyone that you are the best in the world.” Last month, the USA won the FIBA U18 Americas Championship in St. Catharines, Ontario, so the Americans have now won back-to-back gold medals at the U18 and U17 levels. Eight of the 12 players on the team play in the Nike EYBL circuit and will turn around and play in the Peach Jam beginning this week in North Augusta, S.C. “I know I’m going to bring everything I have to the table each game,” Stewart said. “And you know Peach Jam always gives everyone a different type of energy so that will be real interesting. I’m looking forward to that, too.”

Also, anyone decrying the state of US basketball — vis-a-vis AAU hoops — should check out our U17 and U18 scores, where we’re dominating the rest of the world with players who are all playing AAU this summer. https://t.co/peEk8kY2CW

USA routs Canada, will play France for gold medal in U17 World Championship