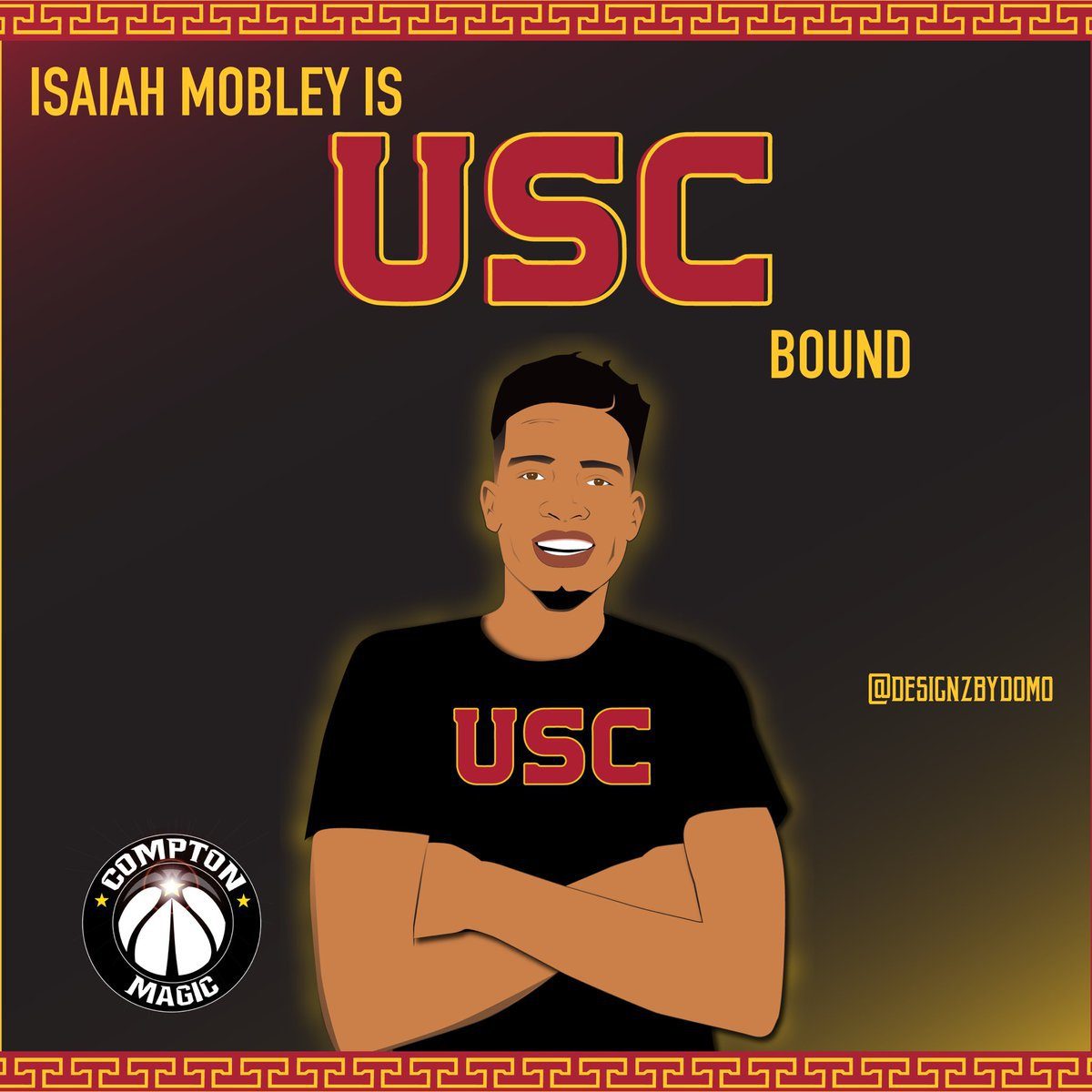 USC coach Andy Enfield continued his recruiting roll on Friday when Isaiah Mobley, the 6-foot-9 power forward from Rancho Christian (CA) High Schoo and the son of new USC assistant Eric Mobley, verbally pledged to the Trojans. Mobley chose USC over UCLA, Oregon, Miami, Stanford, Alabama, Arizona State, California, DePaul, New Mexico, San Diego State, Tennessee, and Tulane, among others. “I have very much enjoyed my recruiting process,” he said in a video. “But after talking to God, my family, my high school coach Coach Ray[Barefield], and AAU coach Etop [Udo Ema], I’d like to take the next step in my career and attend the University of Southern California. Fight On.” Mobley is ranked the No. 31 overall player in the Class of 2019 and the No. 3 player from the state of California, per 247Sports.com. He joins Onyeka Okongwu as the second commit in the Trojans’ 2019 class, giving them the No. 3 ranked recruiting class in 2019. “USC, it was a good fit,” Mobley told 247Sports on Friday. “Obviously my dad has a lot of influence. It wasn’t just that, though. I like the school and I like their play style. I like how they develop their players.” “I feel like my versatility will help them for sure,” Mobley said. “Feeding guys in the post, like [Onyeka Okongwu]. Also, my outside shooting is developing and I think that will help. Then also my vocal leadership that I bring to most teams that I played.” Evan Mobley, his 6-10 younger brother, is the No. 2-ranked center in the Class of 2020. Follow Adam Zagoria on Twitter And like ZAGS on Facebook