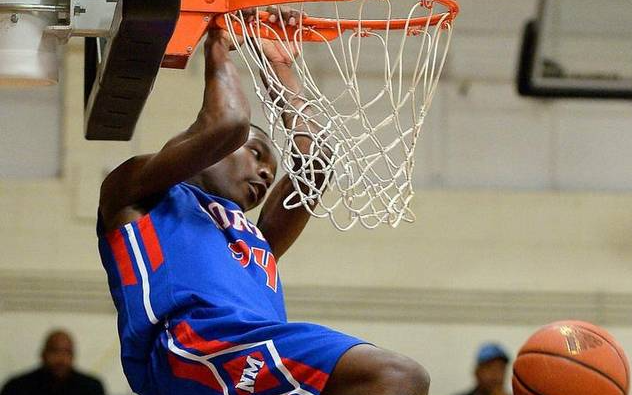 By ADAM ZAGORIA Jaelyn Withers, the 6-foot-9, 212-pound wing from Huntersville (N.C.) North Mecklenburg and the Team Loaded NC AAU program, has picked up several high-major offers in recent days. “The latest to offer were Louisville, Pittsburgh, Providence, and UConn,” Withers said Wednesday. Three of those programs have new coaches — Louisville (Chris Mack), Pittsburgh (Jeff Capel) and UConn (Dan Hurley). Still, he said Virginia, Florida and Louisville “have been in touch the most.” Withers was the second leading scorer last weekend at the D.C. Adidas Gauntlet event, averaging 16.7 points and 5.3 rebounds per game. Withers has taken “a couple” unofficial visits to local schools Clemson and N.C. State. He still hopes to hear from reigning NCAA champion Villanova, as well as Kentucky, Duke and Kansas. “I’m waiting on a couple more schools to call,” he said. Withers plans to trim his list later this summer. “My list will probably slim down after this summer,” he said. Wherever he goes, he hopes to be a multifaceted player. “I have an all-around game that some under appreciate but I can score,p ass, and I’m working on defending at a college ready level,” he said.
Follow Adam Zagoria on Twitter
And Like ZAGS on Facebook