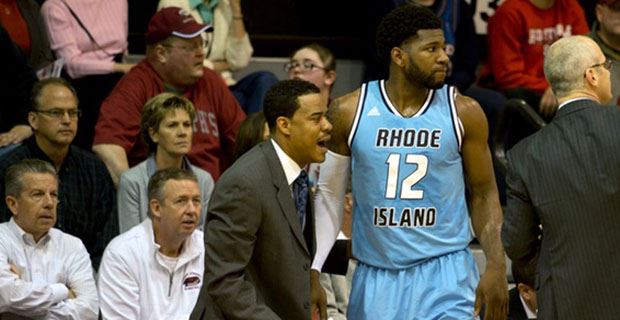 By ADAM ZAGORIA Rhode Island elevated assistant coach David Cox to head coach on Wednesday. A press conference is set for 11 a.m. on Friday. Cox, who interviewed for the job on Tuesday, will earn $700,000 per year for five years. Cox has language in his contract that said if he wa not named head coach following Dan Hurley’s departure for another job, he would be paid $150,000, sources said. “The University of Rhode Island is pleased to name David Cox as the new head coach of our men’s basketball program,” URI President David M. Dooley said in a statement. “David has been an integral part of building our men’s basketball program to where it is today, and with his work ethic and high character, we believe he was the best person to keep us as a premiere team in the Atlantic 10 for years to come.” Cox, a former AAU coach with the DC Assault and former Rutgers assistant, was instrumental in the recruitment of Indiana transfer Stanford Robinson, guards Jeff Dowtin and Fatts Russell as well as center Michael Tertsea. He also was the primary recruiter for three members of the 2018 class – Jermaine Harris, Brendan Adams and Tyrese Martin. That class was ranked as a top 25 class nationally. Other names linked to the job had been Vermont coach John Becker, Joe Dooley (who took the ECU job) and Micah Shrewsberry of the Celtics. “This is a dream come true. Navigating the landscape of coaching at the collegiate level has been a long, hard journey,” Cox said. “I was blessed to have made it here four years ago, and to have had the opportunity to work with people like President Dooley and Thorr Bjorn, while building this program to where it is now. I am extremely excited, blessed and humbled to be able to lead this program to new heights.” The Rams won the A-10 regular-season title and finished 26-8, losing to Duke in the second round of the NCAA Tournament. Photo: GoRhody.com Follow Adam Zagoria on Twitter And Like ZAGS on Facebook