Darius Bazley decommits from Syracuse, plans to play in G-League 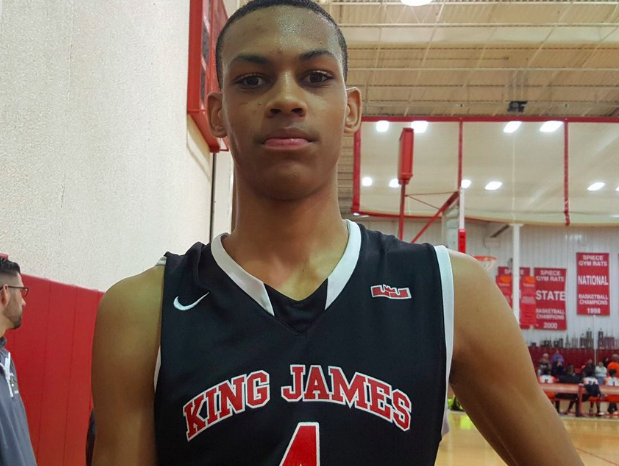 By SEAN BOCK Darius Bazley, the 6-foot-9 small forward from Princeton (OH), has decommitted from Syracuse and will make the jump from high school to the G League, he told Yahoo Sports. The No. 8 player in the 2018 class according to 247Sports, Bazley committed to Syracuse in July 2017 and scored 11 points in the McDonald’s All-American game on Wednesday. “This is a life-changing decision,” Bazley told Yahoo Sports. “I put a lot of thinking into this with my mom and close circle, especially sitting down with her. It’s just like making the decision to which college you want to go to. Me and her did some talking, and I prayed on it. I talked to my high school coach, Steve, who played overseas, and then I talked to a couple of guys in the G League who have experience. Ultimately, playing professional basketball has always been my dream. It’s always going to be the dream goal, always going to be the goal until I achieve it. This is going to put me one step closer to doing so.” “The G League will have the most to offer, considering that is the development league for the NBA. The G League is the closest thing to the NBA. I see most guys now are spending time in the G League even after they went to school and the draft, so this gives me the chance to accelerate the process. There have been a lot of successful guys who have been brought up in the G League, and I’m confident that I will be one of them,” he added.

Darius Bazley ALSO told @AdamZagoria this earlier in the week, so there was something in the water on this https://t.co/5QHKO5BUo8 pic.twitter.com/g3xnzPo5Er

With Bazley’s decision to go pro, four-star guard Jalen Carey and three-star sharpshooter Buddy Boeheim are the two remaining members of Syracuse’s 2018 recruiting class. Despite his aspirations to go pro, Bazley is not listed on ESPN’s 2019 NBA Mock Draft.  The max salary Bazley can make in the G-League next year is around $25,000.

Also, Bazley’s rights won’t belong to any team until he’s draft-eligible. He’s not going to show up and star against older guys from day one – what’s the incentive for a G-League affiliate to play and develop him, then see him go to a different NBA team? Fascinating case study.

“There’s no room for error here,” Bazley said “I can’t be screwing around. I want just that. I want this challenge and I know that I’m going to overcome it. As far as maturity-wise, I believe I am as mature as they come, if not more mature, than guys that are in the G League and some guys in the NBA. There’s no screwing around.” Photo: Scout.com
Follow Sean on Twitter
Follow Adam Zagoria on Twitter
And Like ZAGS on Facebook