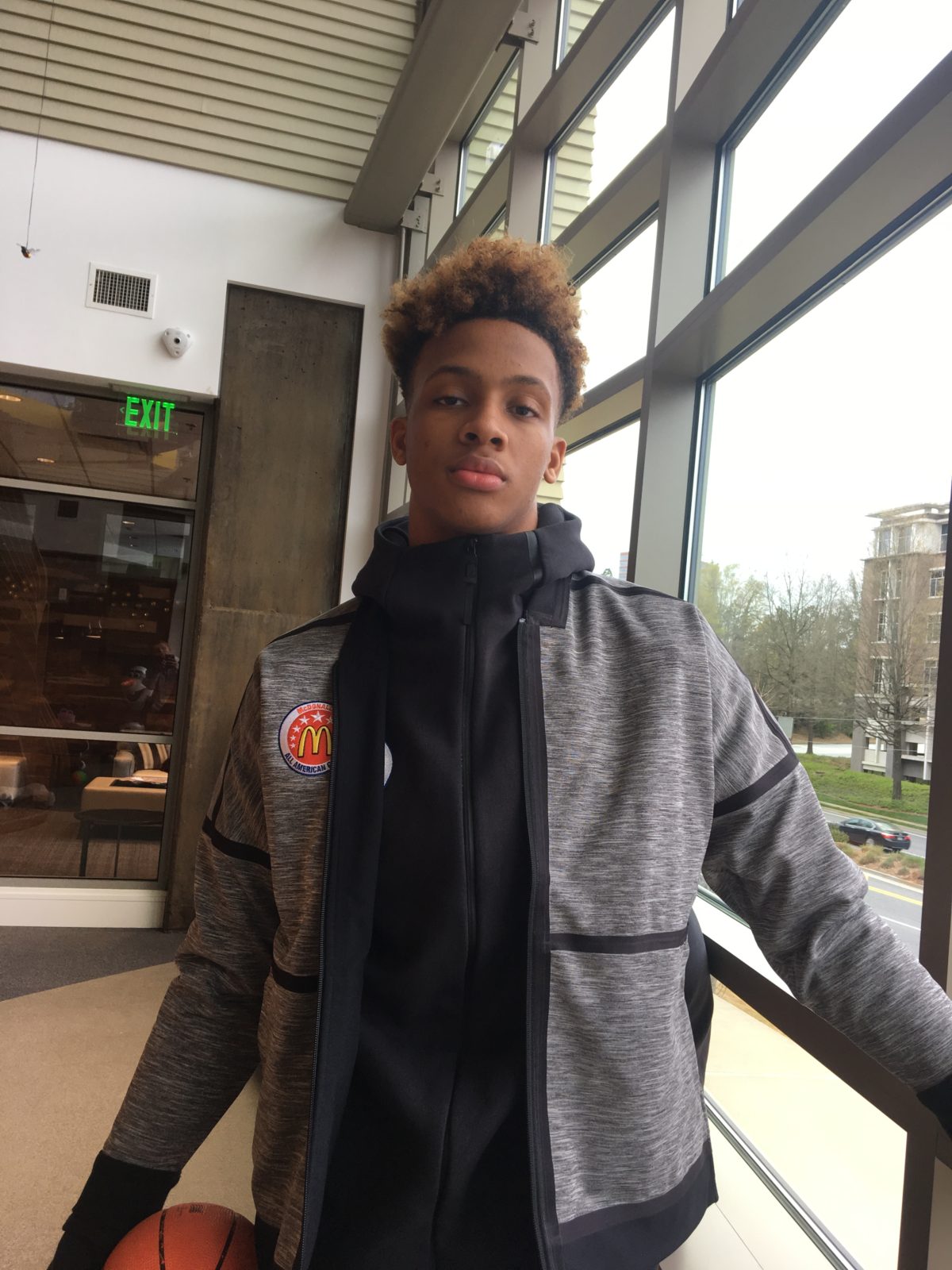 By JACOB POLACHECK ATLANTA — Kansas commits David McCormack, Devon Dotson, and Quentin Grimes spoke Tuesday at the McDonald’s All-American Media Day about their efforts to recruit Romeo Langford, who is down to a final three of Kansas, Vanderbilt, and Indiana. “Romeo is my boy, so I always try to keep Kansas in his ear, keep them in the back of his head for sure,” said Grimes. “If he came in, the three of us would be a matchup nightmare for every position on the court. Having us three guards on the court, we could do everything out there and be a matchup nightmare.” According to 247Sports, Langford is ranked as the No. 5 overall player in the Class of 2018 and the No. 1 shooting guard. “I’ve been talking to him, here and there, just putting it in his ear,” said Dotson. “I’ve just been saying how he could come in and make an impact from the start. He could really excel here at Kansas.” In addition to McCormack, Dotson, and Grimes, Kansas also has a commitment from shooting guard Ochai Agbaji, giving them the No. 5 ranked recruiting class in 2018. “We just joke around and talk to him a bunch, but we’re also serious,” said McCormack. “We talk to him about how we’ll need him and he’d be a great addition to the team. We could do a lot together.” Langford broke down his final three schools for ZAGSBLOG on Monday and is planning to take a visit to Indiana before he makes his decision ‘near the end of April’. Follow Jacob on Twitter Follow Adam Zagoria on Twitter