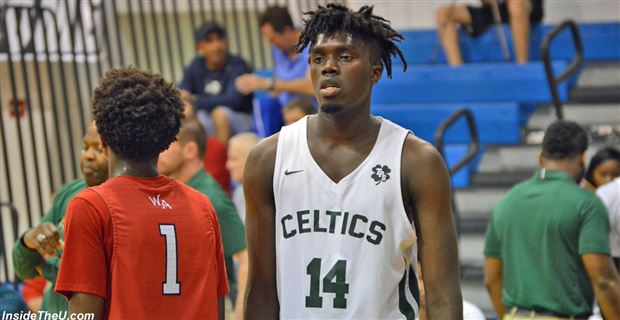 By ADAM ZAGORIA Valdir Manuel, the 6-foot-9 Class of 2018 forward from The Patrick School, verbally committed to Seton Hall on  Friday. “I’m excited about playing there next year because I always dreamed of playing in the Big East Conference,” Manuel told Pat Lawless. “With so many great players and coaches. I’m excited about the opportunity to compete on the highest level. The history of a program like the Pirates is something that I always dreamed being a part of.” Rutgers, Rhode Island, New Mexico, Illinois and Butler were among the other schools recruiting him. “Valdir is the most efficient offensive player I’ve seen in New Jersey in the past 20 years,” Patrick School coach Chris Chavannes said. “He is also a very good defensive rebounder which is often downplayed because of  his offensive efficiency. Valdir and Taurean Thompson will help Seton Hall fill the huge rebounding gap left by Angel Delgado. Valdir will help Seton Hall to remain one of the top teams in the Big East next season. Seton Hall has quietly amassed a very good recruiting class. This fact, coupled with the return of several key players, will make them a contender in the Big East.”

Manuel will bring a diverse offensive game to college. “I’m a big who can score on the block, can face up, can block shots and can play outside/inside,” he said. Manuel joins point guard Anthony Nelson, shooting guard Jared Rhoden and big man Darnell Brodie in Seton Hall’s 2018 class. Manuel also played with current Seton Hall freshman guard Jordan Walker when the Patrick School won the New Jersey Tournament of Champions title in 2017. Photo: 247Sports.com Follow Adam Zagoria on Twitter And like ZAGS on Facebook