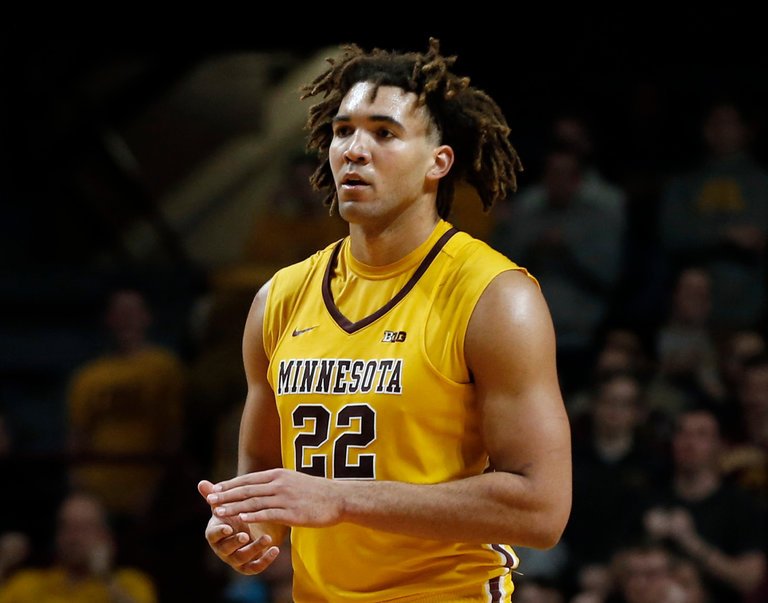 MINNEAPOLIS (AP) — University of Minnesota standout Reggie Lynch faces suspension over an alleged violation of the school’s sexual misconduct policy after a second woman accused him of assault, according to newspaper reports published Friday citing a school investigation.

The most recent accusation came last fall from a woman who said the Gophers center had assaulted her in his dorm room at Roy Wilkins Hall on April 28, 2016, The Minneapolis Star Tribune and the St. Paul Pioneer Press reported.

An investigative report by the school’s Equal Opportunity and Affirmative Action Office that said the 23-year-old Lynch — last year’s Big Ten Defensive Player of the Year — is suspended until 2020 unless he appeals. The suspension will begin Tuesday.

Both newspapers obtained the report. Neither provided details of the alleged assault.

The Star Tribune said neither Lynch nor his attorney returned calls seeking comment. The Associated Press sent an email to a university spokesman and left a phone message at what appeared to be Lynch’s parents’ home early Friday.

Gopher athletics knew about Reggie Lynch & his behavior from the beginning. I literally sat them down last year & brought it to their attention even further. They know there are multiple victims. They knew about this active report. They still did nothing https://t.co/7rnHrzYtFb

It was not immediately clear if police are investigating the latest allegation. AP left email and phone messages for Minneapolis police spokesman Scott Seroka.