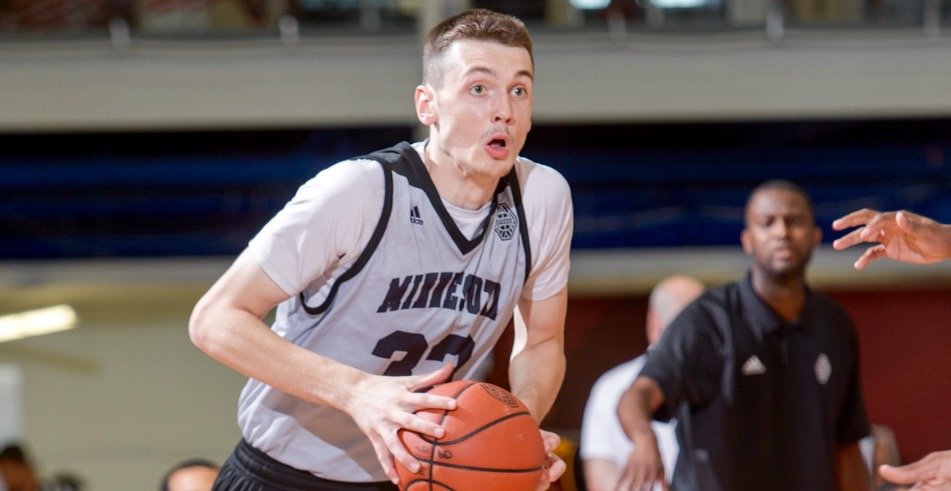 By JACOB POLACHECK Matthew Hurt, the 6-foot-9 forward from Rochester (MN) John Marshall High, is set to receive visits from Kentucky head coach John Calipari and assistant Joel Justus, North Carolina head coach Roy Williams and assistant Hubert Davis, along with UCLA assistant David Grace on Tuesday. Duke may possibly visit on Tuesday as well. Hurt, who is ranked by 247Sports as the No. 5 player in the Class of 2019, took unofficial visits to Duke (Oct. 20) and North Carolina (Oct. 21) earlier this year. He has also taken unofficial visits to Kentucky (Sept. 28), Indiana (Sept. 29), Minnesota (Oct. 29), and Kansas (Nov. 17). “I think the message was not just in words but also what we saw in the scrimmage at Duke, I think the coaches wanted to point out how he would fit in,” Hurt’s father Richard told ZAGSBLOG following his Duke visit. “Coach K asked Matthew after the scrimmage when we were meeting with him in the office was, ‘Who do you see that’s out there that’s like you?’” “Coach [Roy] Williams wanted Matthew to kind of watch Luke May a little bit,” Richard said of the UNC visit. “He said, ‘Look may not have your talent but he’s got the versatility where he can go inside and go outside, so watch him in practice.” In a game against Lakeville South on Saturday, Hurt finished with 46 points and 17 rebounds in a 75-72 victory.   OREGON OFFERS PRECIOUS ACHIUWA Precious Achiuwa, the 2019 small forward from St. Benedict’s (NY) Preparatory School, picked up an offer from Oregon on Monday. Achiuwa, who is currently ranked by 247Sports, as the No. 14 player in the Class of 2019, also holds offers from schools such as St. John’s, Kansas, UMass, Minnesota, Mississippi State, Ohio State, Syracuse, and VCU among others. He took an unofficial visit to St. John’s earlier this year (Oct. 13). St. John’s assistant Matt Abdelmassih was also expected to watch Achiuwa at St. Benedict’s’ on Tuesday.   STANFORD AND FLORIDA WATCH JALEN GAFFNEY Stanford saw 2019 point guard Jalen Gaffney on Saturday before Florida saw him Sunday after they played in Newark against Cincinnati. Gaffney, the 6-foot point guard from Westtown (PA) School, is currently ranked by 247Sports as the No. 43 overall player in the Class of 2019. Gaffney currently holds offers from schools such as Florida, St. John’s, LSU, Minnesota, Rutgers, Seton Hall, Tulane, Rutgers, Richmond, La Salle, Hofstra, and Eastern Kentucky, among others.   VILLANOVA AND STANFORD TO WATCH BRYCE WILLS Following his official visit to Villanova last weekend, Class of 2018 Iona Prep point guard Bryce Wills is set to host Villanova assistant Kyle Neptune on Tuesday. Stanford is also due in Monday. Wills recently cut his list to Villanova, Stanford, UConn and Wake Forest. Follow Jacob on Twitter Follow Adam Zagoria on Twitter And Like ZAGS on Facebook